Lessons to be drawn 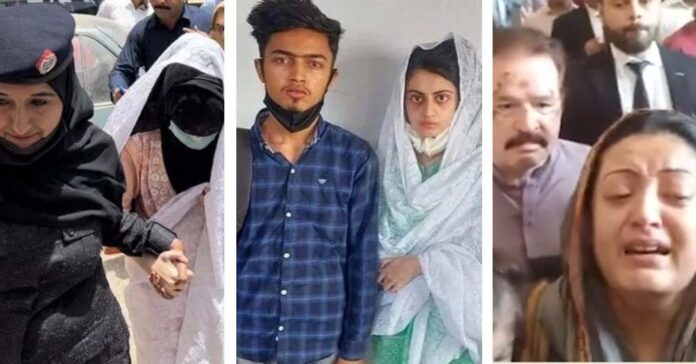 Dua Zehra’s case is alive due to her parents’ steadfastness and commitment. Usually, such kinds of cases remain relevant for a short period. Parents do not pursue cases owing to the stigma attached. Though her Parents’ callousness led Dua to exercise her immaturity yet they deserve praise for standing against social taboos. This is the age of progress as well as distortion. The massive contribution of technology has provided people ease on one hand and has marred their mental and psychological health on the other. Weakening mental and psychological health coupled with dying moral values and the inactive roles of parents have created insurmountable issues for the young generation. According to one’s observation, today’s parents are not meticulous about the upbringing of their offspring. The absence of Parents’ proximity to Children, excessive use of the mobile phone by latter and parents’ over-confidence in Children make a recipe for distortion.  Additionally, Parents feel happy when they see that their children are at home and have not gone anywhere. They prefer using mobile at home to going outside for sports which makes children addicted to useless games like PUBG. Online classes in Covid-19 days provided children with a pretext to purchase phones. Many children bought phones and most of them ended up becoming PUBG addicts. Online games like PUBG have assisted both genders to trap each other. This is what happened with the Dua.

Now, It would be pertinent to highlight the lessons; Dua’s case offer to our society. First of all, this case has exposed legal flaws. While making laws related to family, Hanafi school of thought is followed in our country. If not by legislators, at least by Islamic ideological council Hanafi school is preferred while recommendations. In Islam, it is considered highly favorable to take the principle of ‘Wali’ and ‘Kufu’ into consideration in Nikah. ‘Wali’ means guardian under whose supervision, the Nikah is concluded. Hanafi School indeed gives a girl the right to choose her partner without a guardian’s will. The issue of ‘Kufu’ remains unsettled. ‘Kufu’ means ‘compatibility’.  Islam says that there should not be much difference between girls’ and boys’ social status because it can make marriage life difficult. Such marriages hardly remain intact for a long time owing to the differences emanating from different social classes. Those marriages are highly unfavorable in Islam in which unavoidable differences in social status exist. However, such marriages are not ‘Haram’. The point one wants to make is about ‘Interference of Guardian’. Dr. Muhammad Tahir Mansoori, in his book titled “Family Law in Islam: Theory and Application” mentions that “They (Hanafi -jurists) agree that guardian can interfere where the woman has agreed to marry a person who is not compatible and to dower which is not suitable to a woman of her status. As to the criterion of compatibility, the Hanafi jurists consider genealogy (nasab) is the basis of compatibility and allow the guardian to interfere on this account”.  Dr. Mansoori mentions some other factors which define suitability and compatibility in sight of Hanafi School: “lineage, religion, financial condition, piety, and profession”.  In the case of Dua and Zaheer, both have not much compatibility and suitability. Hanafi School permits Dua’s father to intervene and void the unsuitable marriage, but due to the absence of Law, her guardian is unable to exercise his legitimate right. The law to intervene in cases like Dua is direly needed; otherwise immature girls would choose unsuitable partners. Consequently, it would lead to rising cases of divorce.

Secondly, Dua’s case has divided society into two camps: a majority of people follow parents and a small number of secular minds are in favor of Dua. Like many countrymen, one would say that neither should we support Dua nor should promote her. Supporting and promoting both can have stark consequences on other immature underage boys and girls. Thirdly, if we take Dua’s action as acceptable, then it would be a step against the basis of our family unit. Fourthly, following the selection of partners on video games without being aware of each other’s background, a drastic rise in the divorce rate could be expected.  Fifthly, Dua’s case offers another important lesson: parents should keep an eye on their children’s activities and ensure that the internet is being used for the right purpose. Sixthly, Parents must consider the will of the children at the time of marriage. Either should parents accept the daughter’s choice if the boy’s family is appropriate or should get the daughter’s approval for their choice through her counseling.

Seventhly, the religious scholars who have a thorough knowledge of Islam must sensitize the parents and children about the importance of the family unit and their responsibilities. Even, in universities, teachers must educate students about the significance of the family unit. Eighthly, Dua-like cases would provide International NGOs an opportunity to spread their evil designs under the aegis of free will. Various NGOs are already bent on altering our family structure by promoting menaces like LGBT. Ninthly, Parents must meticulously monitor what their children are watching. Parents should stop their children from watching Indian dramas and love stories in which eloping is shown as a common practice. The material we watch plays an imperative role in shaping our thinking. Tenthly, saving children from PUBG addiction is the foremost duty of Parents today. They must imbibe altruistic values in children instead of making them PUBG addicts. Last but not least is that unnecessary promotion of such cases may damage the image of Pakistan.