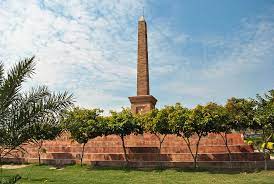 Walled City of Lahore Authority (WCLA), is executing a Rs.100 million project for conservation of five famous monuments in Multan and Kot Mithan, has been asked by Punjab Auqaf authorities to keep experts from Auqaf and Archaeology departments on board after officials noticed flaws in conservation of some monuments.

The project was allotted to WCLA. However, from the very beginning, the contractors started applying sandblasting technique which experts believed could be detrimental to the life of the monument. The technique uses pressure spray of sand with air on the monuments surface for cleaning but experts believed it was removing the protective layer developed over the years and exposing porous surface before the extreme weather conditions.

At a meeting held last month with officials of Auqaf, Archaeology and WCLA in attendance, then SDO archaeology Multan raised objection over the sandblasting (Abrasive blast) cleaning technique applied on mausoleum of Hazrat Bahauddin Zakariya as totally undesirable and destructive practice with the potential to seriously curtail the life of expectancy of the building fabric. The process caused severe disfigurement of the face brickwork and associated mortar jointing and usually results in an aesthetically unacceptable finish.

Officials also pointed out that after sandblasting, contractors opted for flush pointing of the boundary wall despite the fact there was no evidence to suggest the boundary walls of mausoleums of Hazrat Shah Rukn-e-Alam and Hazrat Bahauddin Zakariya Multani were ever flush pointed.

The officials also raised objections over use of smaller size bricks at Darbar Hazrat Khawaja Ghulam Fareed which made the design deviating from original pattern and some other anomalies. Auqaf officials said that WCLA did not provide copies of approved estimates and program of work to them.

Zonal administrator Auqaf Multan has asked WCLA to provide copy of approved estimates to Auqaf and archaeology department and immediately stop pointing work on the mausoleum of Hazrat Shah Rukn-e-Alam and also provide a design drawing of retaining wall of mausoleum of Hazrat Bahauddin Zakariya Multani. WCLA officials were further asked to pay fortnightly joint visits with executive engineer Auqaf and SDO archaeology for smooth running of conservation works on monuments. XEN Auqaf was made the focal person and conservation work would be carried out under his supervision.

An Auqaf official said that they along with WCLA and archaeology officials assembled at a meeting on June 24, 2022 and have chalked out a programme of work to remove flaws and move forward on vital components of the project for proper conservation of monuments. An official said that damage done by sandblasting cannot be reversed, however, added the anomaly was detected earlier and work had stopped. Project execution would now be in the right direction, he said, adding that WCLA also has conservation experts credited with conservation of many monuments in Lahore and hoped the project would be completed successfully.