The recovery from the covid-19 pandemic is incomplete 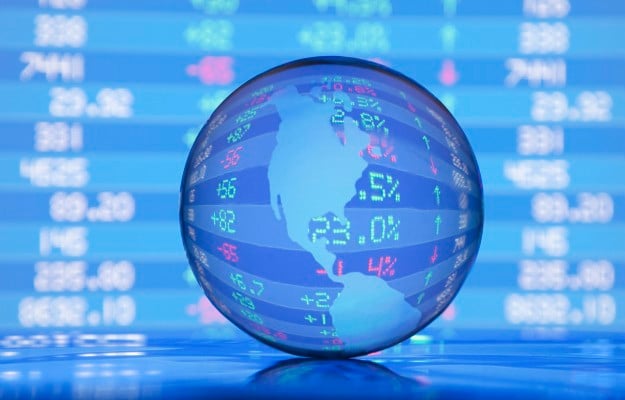 ‘“It’s like wildfires in all directions,” said Jayati Ghosh, an economist at the University of Massachusetts Amherst. “This is much bigger than after the global financial crisis. Everything is stacked against the low- and middle-income countries.”’ – Renowned economist, Jayati Ghosh, quoted in a May 2022, New York Times (NYT) published article ‘Poor countries face a mounting catastrophe fueled by inflation and debt’

In the wake of the pandemic, developed countries injected more than $13 trillion as stimulus, which while it helped in quick recovery of economy and in significantly safeguarding people against acute vulnerability– although the focus of stimulus spending and neoliberal policies overall meant that inequality has increased dramatically globally, not decreased, in both developed and developing countrie – this amount appears to have gone overboard in terms of extent, and apparently has contributed to demand-pull inflation.

In addition, global supply shock, both as a result of pandemic-causing-recession, and excess profiteering due to lack of regulation as a consequence of years of neoliberalism, fed in significantly strong imported/supply-drive/cost-push inflation, mainly at the back of energy and food-related costs.

Therefore, on one hand tight monetary policy need not go overboard, both in terms of extent of increase in policy, and also rate hikes should be softly-landed, on the other hand there is need for supply-sided, governance related interventions as well, so that the squeeze is not so hard as to set in recessionary and stagflationary consequences.

In this regard, Economics Nobel laureate Joseph Stiglitz highlighted in a recent interview on the sidelines of the World Economic Forum (WEF) 2022 meeting in Davos, pointing out ‘Raising interest rates is not going to solve the problem of inflation. It’s not going to create more food. It’s going to make it more difficult, because you aren’t going to be able to make the investment. What you do is you have supply-side interventions… so at least try to do everything we can globally to increase the supply… ’

It is, therefore, important that while on one hand macroeconomic policy instruments are used based on well-founded ground realities, and on the other developing countries overall are properly supported by both rich, advanced countries, and multilateral institutions like IMF, among others, in their need for receiving meaningful debt moratorium/relief, relocation of SDRs, and appropriate level of climate finance, in addition to their overall need for adopting counter-cyclical policies.

Moreover, for developing countries, a rather quick policy rate increase has apparently already led to somewhat fast capital flight, in addition to adding to an already difficult debt burden situation of developing countries, where for instance Sri Lanka has already defaulted, and a number of other developing countries like Pakistan are already facing seriously difficult balance of payments (BoP), and debt sustainability issues. With regard to capital flight from developing countries, a recent article ‘Emerging markets hit by worst sell-off in decades’ published by The Economist pointed out ‘Emerging market bonds are suffering their worst losses in almost three decades, hit by rising global interest rates, slowing growth and the war in Ukraine. …Nearly $36bn has flowed out of emerging market mutual and exchange traded bond funds since the start of the year, according to data from EPFR…’

Having said that, the US Federal Reserve apparently responded in terms of monetary tightening in a rather delayed manner, leaving in turn little space for soft-landing of policy rate hikes, resulting in turn in sharp and not much staggered increases, where the last one-time increase was quite large at 75 basis points in one go. With regard to recessionary consequences in the USA, in a recent article ‘A recession in America by 2024 looks likely’ published by The Economist, it was pointed out ‘There is no escaping the squeeze ahead for America’s economy. Surging food and petrol prices are eating into people’s spending. In April consumer prices were 8.3% higher than a year earlier. Even excluding food and energy prices, annual inflation is 6.2%. Supply-chain problems could flare up for as long as war rages in Ukraine and China sticks to its zero-covid policy. … The Fed is promising to pour water on the fire. Investors expect it to have raised interest rates by more than 2.5 percentage points by the end of 2022. The central bank is crossing its fingers, saying that it can hit its 2% inflation target without causing a downturn. …In fact, although a recession is likely, it should be a relatively shallow one.’

Developing countries could provide little stimulus in the wake of the pandemic, given lack of fiscal space, and also lack of debt moratorium/relief, little SDR allocation, and a lot less-than-pledged amounts provided on account of climate finance by rich, advanced countries, in addition to traditionally having inflation as at least equally a fiscal phenomenon, developing countries have overall seen proportionately lesser demand-pull inflation than developed countries.

Although, in the case of Pakistan, economic growth has seen over 5.6 percentage increase in FY 2020-21, it is expected to grow close to 6 percent this fiscal year, as per March 2022 numbers available with government, but much lower stimulus provided than needed, lack of inclusivity, and overall poor growth numbers over the last many years in general, not to mention traditionally less financial depth, have all meant that demand-pull inflation channels have resulted in much lesser role of demand-pull inflation than in developed countries. While growth based on March numbers was indicated to be close to 6 percent, a recently released World Bank’s twice-yearly published report ‘Global Economic Prospects’ expected growth to be much lower at 4.3 percent for FY 2021-22, which is likely to be because of tight monetary policy stance since September, and political instability.

Having said that, at the back of strong supply-side/imported/cost-push inflation channel, overall inflation has increased a lot, mainly due to high oil, energy, food, and fertilizer prices, and in May stood at 13.8 percent, although it may be higher as pointed out by a Bloomberg published article ‘Pakistan inflation rate hits 13.8% in May on costlier food, fuel’ as follows: ‘Consumer prices rose 13.8% this month from a year earlier, according to data released by the government Wednesday. That’s slower than the median estimate for a 14.4% gain in a Bloomberg survey of economists and compares with a 13.4% acceleration in April.’

However, sharp increase in petroleum products prices during the last three weeks, would significantly add to overall inflation rate. Given that the policy rate is already at a high level of 13.75 percent, there is a strong case that it should be brought down to well-below double digits; since September it has increased by 675 basis points, while inflation has also increased by 9 percent to 13.8 percent in May. This is important for avoiding stagflationary consequences, and also for creating much-needed fiscal space, for instance, for providing much-needed, appropriate level of subsidy on petroleum products.

With Covid-related lockdowns in China, and the USA heading towards a likely recession, not to mention that central banks are adopting a significant monetary tightening in a number of countries, including for instance, in the UK, and the Eurozone, there has been downward revision in global growth outlook. The GEP report pointed out with regard to global growth outlook as ‘Our forecasts reflect a sizable downgrade to the outlook: global growth is expected to slow sharply from 5.7 percent in 2021 to 2.9 percent this year. This also reflects a nearly one-third cut to our January 2022 forecast for this year of 4.1 percent.’

Moreover, GEP forecast China’s growth for 2022 at 4.3 percent, which shows a marked difference from growth in 2021, when it was 8.1 percent. Also, a recent article ‘OECD calls for burden-sharing to counter gloomy economic outlook’ published by The Financial Times pointed out ‘The OECD lowered its global growth forecast for 2022 to 3 per cent, from 4.5 per cent in December. That put it below the IMF’s 3.6 per cent estimate made in April and suggests the global economic pain as a result of the war is still increasing.’

It is, therefore, important that while on one hand macroeconomic policy instruments are used based on well-founded ground realities, and on the other developing countries overall are properly supported by both rich, advanced countries, and multilateral institutions like IMF, among others, in their need for receiving meaningful debt moratorium/relief, relocation of SDRs, and appropriate level of climate finance, in addition to their overall need for adopting counter-cyclical policies.