What went wrong in Ukraine?

The West was caught wrong footed 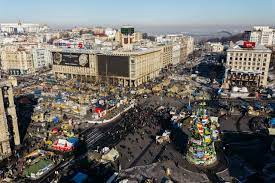 The onslaught of Russian forces is at full throttle against Kyiv, with them tinkering with the possibility of toppling the Zelenskiy regime and negotiating directly with the military (at least that is the word from the Russian Security Council). The Western response is as expected: slamming restrictions on notable Russian banks, barring industries from supplying raw material to Russia, and levying heavy sanctions on core members of the Kremlin, including Russian President Vladimir V. Putin and his close circle of confidants. Regardless, the brazen invasion continues as more than 350 Ukrainian soldiers and civilians have reportedly died while hundreds of thousands of citizens swarm the neighbouring borders of Romania, Poland and Hungary for refuge. Roads strewn with blood and rubble, the world is perplexed, almost hazed, by the unraveling conflict: the most brutal since the mighty war in the 1940s. Russians are drilling Ukraine into segments, the western block is busy drafting rafts of sanctions, and rivals are weaving strategies to somehow remain neutral in a stark spread towards a modern Cold War- deny it as much as you want, but it is Cold War 2.0! The underlying question, that I am sure is pestering the West as much as Ukrainian policymakers, is quite apparent: What went wrong?

The USA was sure that Putin had been planning an invasion since December. US President Joe Biden claimed it as a historic step that classified information regarding nefarious Russian plans was getting peddled across the Atlantic to disarm Putin’s aspirations.

Analysts hailed that the USA was pushing back after the colossal failure in Afghanistan. Diplomats believed that this USA was vastly different from the isolationist country envisioned by Donald Trump. To give due credit, Biden did manage to engage NATO at a record pace in response to Russian threats. The sanctions placed at standby were contingent on Russian sway towards militancy or diplomacy. Barring a few roadblocks, the alliance seemed united. And at some point, Russia legitimately seemed to backtrack.

Putin announced that the military drills in the region adjacent to rebel-controlled Eastern Ukraine approached denouement, and the troops were returning. Suddenly, Putin recognised the independence of the Luhansk and Donetsk People’s Republics and tabled his order to Russian troops to invade – supposedly as a ‘peacekeeping mission’ since the Russian forces have allegedly loitered in the Donbas region since the 2014 Crimean annexation.

The world jolted as Russian forces penetrated Ukraine from three fronts – Belarus in the North, Donbas in the East, and Crimea in the southern peninsula. The positions were apparent for weeks as Russian forces were swelling across the border, when Putin denied any intent of an invasion.

Now the USA and NATO are concerned about the safety of civilians while abandoning Ukraine with artillery and a barrage of worthless sanctions. Now they expect the Russians to retreat and return to the table. However, it is too late to urge level-playing diplomacy when a restive Russia is on the point of dismembering Ukraine while the world watches as mere bystanders!

The western world panicked and ventured into default mode, in which it  slammed sanctions and issued strong-worded warnings. Did it make a difference? “Have the US sanctions solved any problem? Is the world a better place because of those sanctions? Will the Ukraine issue resolve itself thanks to the US sanctions on Russia? Will European security be better-guaranteed thanks to the US sanctions on Russia?” Hua Chunying, a Chinese foreign ministry spokesperson, echoed the prevailing rhetoric. The attacks continue while Ukraine pleads with the European Union to do more than mere sanctions and warnings. The problem is simple: they cannot do very much else.

The European Union is the largest importer of Russian energy supplies. Crude prices have already soared through the roof – Brent crude, the global benchmark, trading up by 8.5 percent to an eight-year high of $105.40 per barrel. Naturally, the Oil and Gas industry got conveniently sidestepped when imposing sanctions. The Russian Commodity market also stands safeguarded to a large extent.

True, the Russian bourse has plummeted, and the Rouble is at its lowest in years. But the impact is barely damaging to the Russian economy in the long run. Russia is the world’s second largest gas, and the third-largest oil producer (second-largest crude exporter). While the USA is not directly dependent on Russian energy, Europe imports almost half of its energy requirements from Russia. True, Germany’s unprecedented decision to halt certification of the Nord Stream 2 Pipeline (Russia’s $11 billion energy project) would be damaging to Russia, both economically and strategically. However, the consequences are not particularly scenic for Europe either.

“Welcome to the new world where Europeans will soon have to pay 2,000 euros per thousand cubic meters!” remarked Dmitry Medvedev, Russia’s former president. Analysts believe that, while Russia has yet not choked its regular gas supply to Europe, the energy prices are bound to double as early as April. On the other hand, Russia has spent the last eight years diversifying away from the US dollar, to soften the blow of such sanctions. Russia currently stands with $600 billion in foreign exchange reserves, the fourth largest of the world. However, barely 16 percent of these reserves are in US dollars, down from almost 40 percent a few years ago. This dedollarisation campaign would hedge the Russian economy from the searing brunt of these sanctions. China currently stands as Russia’s largest trading partner, both as an exporter and as an importer. The Sino-Russian bilateral trade has consistently grown over the past few years, hitting a record high of more than $145 billion in 2021. According to AidData, an international research lab, Russia has been the largest recipient of Chinese loans from official sector institutions, totalling $151 billion between 2000 and 2017. It does not take a political scientist to connect the dots. Russia has a backup plan to counter an economic fallout. Europe (unfortunately) does not have a backup!

Both China and Iran have blamed the USA for conjuring up this crisis and riling Putin to invade Ukraine. While the statements are outrageously exaggerated, there is some truth to the stance. Putin continued to protest that Russian security concerns have been violated by NATO expansion in Eastern Europe. But the USA persisted in keeping a vague prospect for Ukraine as a potential NATO member.

Putin persistently critiqued the legitimacy of NATO expansion after the collapse of the Soviet Union. Yet, Europe continued to forge alliances with the former Warsaw Pact nations, again with a vague promise of EU membership. Until recently, Ukraine was a point of contention that NATO held as leverage against Russia. Many warned that baiting a nation with a ruthless history of dictatorship could backfire. And despite the exhibits of the Georgian invasion and Crimean annexation, the western obduracy never receded.

The war at hand is by no means a fault of Ukraine. But it is not solely the fault of Russia either. The western bloc, particularly the USA, is equally to blame. It was so busy forcing its supremacy over Russia that it never once occurred o it to ask what if an invasion did ensue? Never once did the USA or Europe offer an unequivocal platform to Russia to discuss its security concerns (no matter if they were trivial or contrived!). Now Ukraine is proposing neutrality apropos of NATO and EU.

Now the USA and NATO are concerned about the safety of civilians while abandoning Ukraine with artillery and a barrage of worthless sanctions. Now they expect the Russians to retreat and return to the table. However, it is too late to urge level-playing diplomacy when a restive Russia is on the point of dismembering Ukraine while the world watches as mere bystanders! 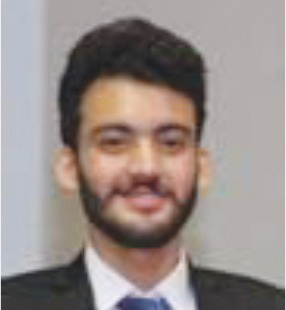 Zain Abbas Rizvi
The writer can be reached at [email protected]