Losing the war against drugs is not an option 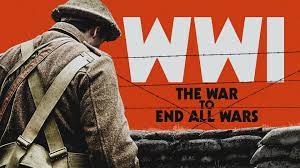 The end of a war does not determine who is right but only who is left. I am not going to talk about conventional war here but the one that might put an end to all other wars; i.e. the war against drugs. Without understanding the gravity of the situation, we are being deeply affected by this social evil. Drug consumption does not only have an impact on an individual but its implications work as a domino effect. Most of us are familiar with the proverb that says that “you can only lead a horse to water but you can’t make him drink”. In the same way, the Ministry of Narcotics Control and the Anti-Narcotics Force can continue to work tirelessly against this hazard but unless each one of us decides to play an individual role, we cannot achieve the goal of a drug free society.

From identification of the causes that lead to drug abuse to the consequences that follow; each step involved, requires collective effort to counter the issue. Increased levels of mental health issues coinciding with the popular culture of intoxication amongst the youth are two major causes that have led to an alarming increase in drug consumption. Pakistan is one of the victim states that have fallen prey to this hazard; drug abuse is a global challenge but with limited human and financial resources, governments cannot eliminate this menace from society without cooperation of its citizens.

Awareness and rehabilitation are two key factors needed in countering the curse of drug abuse. We have roughly 9 million people in our country who are consuming drugs as reported by UNODC in the year 2020 which is 2 million more than the previous data provided in the year 2018. One of the primary reasons for increased illicit trafficking across the globe is economic incentive and this can only be discouraged by diminishing the demand. For doing the latter, increased awareness and individual efforts are needed. The ones who become drug users should be treated as patients. It is imperative to realize that abandoning them is only going to increase the magnitude of the faced problem.

We have roughly 9 million people in our country who are consuming drugs as reported by UNODC in the year 2020 which is 2 million more than the previous data provided in the year 2018.

If we look at the current data, we have less 150 people who were successfully treated at the Model Addiction Treatment and Rehabilitation Centers (MATRCs) and for the figure of 9 million drug consumers, total number of these centers is 4. Keeping in view the sensitivity of the situation, the Ministry of Narcotics Control has purposed a state of the art rehabilitation center to be built in the Capital and later the model to be replicated in each province. Meanwhile, with such alarming figures, we need number of hospitals to dedicate at least one ward for rehabilitation purposes and also normalize treating the drug patients.

In fighting this battle against drugs, not only the families and people associated with drug abuse victims are suffering but also there are unsung heroes of the Anti-Narcotics Force who are fighting a frontline battle against the smugglers and suppliers of this nuisance and have laid their lives in the line of duty. In the recent past during an operation against smugglers near Taftan, Balochistan, two officials of Anti-Narcotics Force Police Station Dalbadin namely Constable Driver Amir Nawaz Khan and Constable Muhammad Kamran embraced martyrdom.

And there are many others who have sacrificed their lives for our future. They have left their families behind while trying to save yours from this life threatening hazard, it is high time that we realize the implications that are associated with drug consumption. From immediate families to Institutions, every segment has to pay attention to the fact that instead of letting our youth walk down this destructive road, we have to fight and counter drugs. Use three steps to save your loved ones from this trap; (1) Educate: tell them the facts, figures and impacts associated with drug abuse, (2) Awareness: make them aware of their surroundings and help them differentiate in right and wrong, it is important for our youth to understand that every popular culture is not “right” culture. Lastly (3) Care: If you see someone facing mental health issues or heading towards drugs consumption to seek refuge from the trouble that he is facing, reach out, listen, help and care. Do not isolate the people who are struggling to survive, make the battle easier for them to fight. If we all do this as a nation, we can save our future generations from this trouble and provide them with healthy and drug free society. However, if this issue is left unaddressed and the number of drug users keeps increasing, this war of drugs is going to put an end to all other wars because it is going to devour generations.