How false religions sustain and thrive 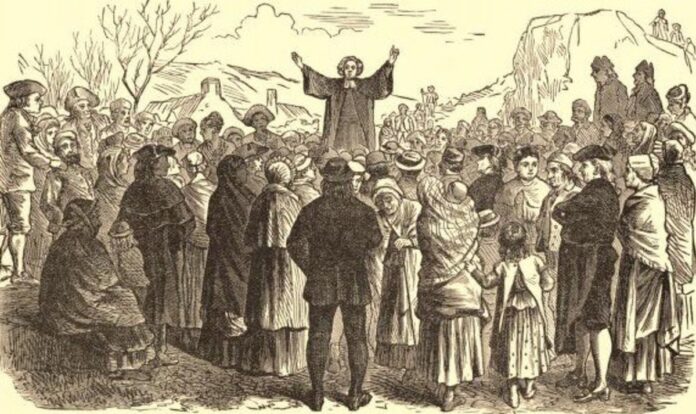 In stark contrast to the narrative that has been fashionable for a long time now, the view of the history of religion set forth by the Quran is this: Mankind started its journey on the true religion. Before long, however, discords and feuds started among men regarding their religion. This necessitated a long chain of prophets and revelations to periodically set the record straight, so to speak.

The Quran also reveals the principal cause of these disputes. It is the mutual rivalry and the urge to dominate others that prompts men to branch out from the original religion. These branches, over time, tend to start appearing quite distinct from the religion from which they all originated. The Muslim can however take most religions and notwithstanding their substantial differences and deviations recognize remnants of the one true religion in them. This is what makes Islam quite ecumenical in its outlook.

This view of the history of religion thus has a very gratifying consequence for the thoughtful Muslim. Because he knows that the truth has been spread around right from the very beginning, he is not perturbed when somebody cites the example of a person who held the beliefs held by the Muslims centuries before the advent of the Quran and Prophet Muhammad (peace be upon him). In fact, atheists and missionaries occasionally do try and stump the Muslim by bringing just such examples up and then claiming that the message of the Quran is not quite original since people have held the exact same beliefs many centuries in advance. They are very disappointed when, far from being embarrassed, the Muslim nods in approval, and says that he is happy to get a confirmation (from the non-Muslim, no less) of what the Quran tells him. It is usually news for them that the Quran never claims that it brought a new message. That instead, it makes it clear that it is the same message that was given to all the earlier prophets, and that Islam therefore is as old as mankind itself. I am afraid some Muslims too fail to appreciate this point, and one occasionally hears them using phrases such as ‘before Islam’, referring to the times before 610 AD.

Coming back to religious schisms and splits, no new sect can sustain without a theoretical foundation. Therefore, it is the apparently most passionate followers of prophets, not their enemies, who are responsible for the sustainability of these sects. They do it by distorting the teachings of the prophet, sometimes ever so slightly at first. With the passage of time the distortion becomes greater and greater, so that the religion ceases to be about God and becomes about the prophet instead. With emphasis thus shifted from the message to the messenger, fancy stories about the messenger become very important. It then becomes a matter of who can tell the nicer story about the messenger. Exaggerations therefore become more and more pronounced. Racial pride then ensures that very soon the personality of the prophet is distorted to make it look very much like one’s ethnic group. This history of religion is in a way the history of mankind itself.

Exaggerations therefore become more and more pronounced. Racial pride then ensures that very soon the personality of the prophet is distorted to make it look very much like one’s ethnic group. This history of religion is in a way the history of mankind itself.

Christianity offers a familiar example where Jesus, instead of the message he brought, became the focus of the religion. As one man remarked, ‘Jesus talked about the Kingdom of God; everybody after him talked about Jesus.’ The message, of course, became completely irrelevant when salvation was promised without having to follow the Law so long as one ‘believed’ in Jesus. It is not for no reason that Jesus as depicted in motion pictures and paintings looks surprisingly like a Westerner (the dominant audience) when it is extremely unlikely that that could have been the case, considering his birthplace and ancestry. From the Muslim Point of view, it was classic branching out from the one true religion caused by misplaced veneration of Jesus, which culminated in deifying him – something violating Christ’s own teachings. This, over the centuries, was followed by countless other splits giving birth to the numerous Church denominations that exist today. The many sects and subsects of Islam demonstrate that Muslims have unfortunately not been immune from it either. In their case too, often it is a matter of attributing certain qualities to the Messenger (peace be upon him) or some of his companions – qualities that are attributable to God alone. This is despite the fact that the Quran explicitly warns against committing such excesses in one’s religion.

In any deviant sect, there are the opportunists who stand to gain economically and/or politically. These men need a continuous supply of foot soldiers to sustain their incomes and influence. The foot soldiers come from the masses who blindly do these professionals’ bidding. Most of these poor folks do it with the best of intentions. As for good intentions, to this day nobody has expressed where they lead to better than Shakespeare. Therefore, it pays to remember that zeal and enthusiasm are no substitutes for sincerity or commitment to a cause. In fact, mindless enthusiasm and herd mentality do infinitely more harm than good.