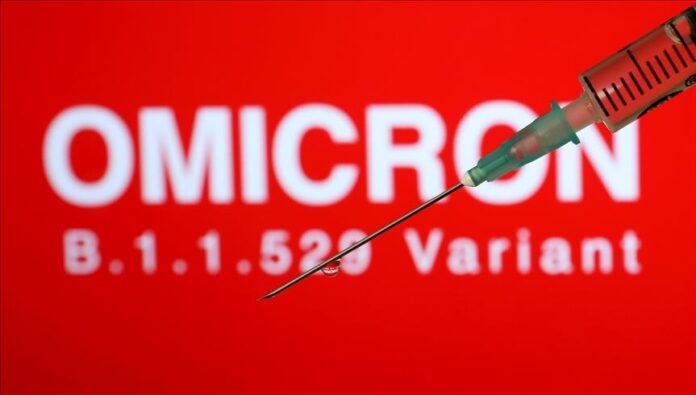 As the fifth wave of the coronavirus gains pace in Pakistan, the positivity rate in Karachi has multiplied in one week to cross 10 per cent on Friday.

The positivity rate in Hyderabad stood at 1.24pc in the last 24 hours while it was 0.94pc for the rest of the province.

It is pertinent to note that Pakistan detected 1,293 new infections in the last 24 hours, highest in over three months, marking the second day of more than 1,000 daily cases. The highest number of cases was reported in Sindh at 759 followed by Punjab at 376.

“Otherwise, very soon, the situation may go out of hand,” he said on Twitter.

Spokesperson for the Sindh chief minister Abdul Rasheed Channa stated that the total number of cases of the new variant had risen to 307 in the province.

He further added that under a separate initiative by the provincial government to gauge the prevalence of the Omicron variant, 37 samples were tested between January 3 and 5, out of which 30 came back positive for Omicron.

“Eighty-one per cent of samples tested in the last two days were positive for Omicron,” he said.

Sindh Health Minister Dr Azra Fazal Pechuho on Thursday stated a lockdown can be imposed after assessing the surge in cases of Omicron, which is showing a continuous rise.

She said a lockdown was not being imposed immediately, but could be enforced after assessing the situation in hospitals and cities, and called for implementing standard operating procedures (SOPs) for Covid-19 as defined earlier.

Pechuho said people with a history of foreign travel were being screened and advised all those who had been vaccinated six months ago to go for booster shots. “Covid-19 is here to stay, it has become part of life and it might become endemic in nature sometimes,” she said.

The minister said the vaccination ratio among students of private schools was 80 to 90pc but figures for public sector schools were not encouraging. Parents were advised to get their children above 12 years of age vaccinated, she said.

She feared the pace at which the Omicron cases were rising showed they would further increase in the next couple of months.

Amidst the surging cases of Covid-19 in Sindh, the Sindh government has further decided to launch a door-to-door coronavirus vaccination campaign for women amid rising cases of the Omicron variant in Karachi and other major cities as the fifth wave spreads across the country.

The development came after it emerged that most of the non-working women are still unvaccinated in the metropolis and a decision was taken to deploy lady health workers (LHWs) and female vaccinators for the purpose.

“We have decided to send LHWs and female vaccinators to each and every house in Sindh to vaccinate people, especially women, against COVID-19 because most of the non-working women in Karachi as well as other major cities and rural areas of Sindh have been found to be unvaccinated,” MPA Qasim Soomro, parliamentary health secretary in the provincial assembly stated.

Meanwhile, the Sindh Education Department has asked schools to ensure all students aged 12 to 18 years are vaccinated as the Omicron variant of the coronavirus continues to spread across the country.

“As per the decision of the National Command and Operation Centre (NCOC), the vaccination of COVID-19 of students’ of the age from 12 to 18 years and staff (teaching and non-teaching) is obligatory,” the statement read.

The government has taken this step with a view to improving the health of students from the coronavirus, letting the educational process continue uninterruptedly, and saving the precious time of the students.

The education department also warned that if any students aged 12 and above or a staff member is found to be unvaccinated during the course of inspection/visit by the administrative team, a panel action will be initiated against the school’s administration as per the Sindh Private Educational Institutions (Regulation & Control) Ordinance-2001, Act-2003 and Rules 2005.

The decision was taken after 30 new confirmed cases of Omicron variant surfaced in Karachi, the health department confirmed, taking the total tally of Omicron cases in the metropolis to 163.

A statement issued by the health department said that new patients of Omicron include women as well.

It said that most of the cases are being reported from district East while the second most affected district is South. However, Omicron infections have been detected from district Central, West, and Korangi as well.

MPA Soomro said that although no data was available to them, most of the non-working women in the province were unvaccinated, especially in Karachi’s Korangi and Malir districts as well as some areas of District East, adding that on the other hand, most of the men in Sindh were vaccinated due to their occupational requirements.

“Vaccination of women against COVID-19 has largely been ignored by the heads of their families, especially those women who are housewives and don’t work in public and private sector offices and businesses. This section of the population is most affected due to COVID-19, especially the Omicron variant, which is targeting unvaccinated population very easily.”

“Training of LHWs and female vaccinators is underway, and hopefully, they will be trained in vaccinating people by the end of this week. Door-to-door vaccination against COVID-19 will hopefully commence by the start of next week.”

Authorities in Sindh said on Thursday that 759 people had tested positive for COVID-19 in the province during the past 24 hours, of which 648 of the cases belonged to Karachi alone.

They said that of these 648 people, 95 were found to be infected with the Omicron variant.

A day earlier, Sindh Chief Minister Syed Murad Ali Shah stated that infections with the Omicron variant are constantly on the rise, especially in Karachi, where the positivity rate of COVID-19 cases is rising alarmingly due to the rapidly spreading variant of the coronavirus, and urged people to follow the standard operating procedures.

CM Shah said that between December 28, 2021 and January 2, 2022, whole-genome sequencing of 133 samples was carried out, of which 95 were detected as Omicron, taking the variant’s tally to 268 in the province. He added that a few cases have travel histories, otherwise most of them were locally transmitted.

“It shows that the new variant is spreading fast and needs to be controlled through precautionary measures,” said the CM.

The CM said that 7,583 patients are currently under treatment, of them 7,386 are in home isolation, 48 at isolation centres and 149 at different hospitals, adding that the condition of 142 patients is stated to be critical, including 16 shifted on life support.

KARACHI: Unfazed by the danger that could even risk their lives due to the lack of proper protective equipment, mainly the fire-resistant suits, firefighters...
Read more
- Advertisment -