Pakistan has a hand in Afghanistan’s problems 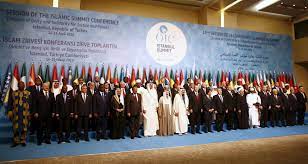 The Organization of Islamic Countries (OIC) stands second to the United Nation in terms of the number of its member countries and the population of those countries. Its very foundation stemmed from a clear mission: to protect the holy place of Islam, the Masjid Al-Aqsa, when it came under attack. Although a host of events have changed the initial purpose, the aim of the organization still hovers around protecting Muslims across the globe— at least on paper. After 24 years, Pakistan is hosting another OIC meeting, of Forein Ministers though, not heads of state, to grapple with the impending crisis in Afghanistan.

While the OIC seems to be conducting meetings quite often, its dwarfed influence among Islamic countries speaks volumes. Notorious for being the pawn of Saudi Arabia, the organization has been nothing but a battleground of two blocs of Muslims— Iran and the Saudi bloc. Since the very beginning —and more manifestly after the Iranian Revolution— the Saudis and Iranians have seen each other with deep skepticism and animosity, which has resulted in not only various confrontations but a total blockage of any potential consensus as well. The OIC enshrines all such conflicts and works as a mouthpiece for the Saudi-led Islamic bloc to counter the Iran-led bloc.

Saudi acts as a de facto leader of the OIC to this very day. All significant decisions emanate from the kingdom. When the Indian Occupied Kashmir was stripped of Article 370 and 35-A, which had given the place a semblance of autonomy and law-making, the OIC while calling an emergency meeting invited India as well despite the naked aggression of the latter. Op-eds protests, and other types of messages, poured in to stop Saudi Arabia, to no avail. In the end, the meeting was not only attended by the Indian minister but the Pakistani minister too. Not a word of condemnation against Indian brutality came from Riyadh, thanks to the deep economic ties between India and Saudi Arabia coupled with the growing significance of India globally.

Despite all issues, the OIC meeting on Afghanistan is going to be held at a time when the region faces a sort of existential crisis. Indeed Saudi Arabia mooted about the conference, and Pakistan offered to host it, which was given a nod by the former.  The first and foremost thing is to understand the regional dynamics in the backdrop of ongoing issues in Afghanistan. Representation and participation of the Taliban and the USA cannot be exaggerated —both have been invited though. The fact is that today Afghans desperately need humanitarian aid, and the world cannot show a cold shoulder after annihilating the Afghans and Afghanistan for decades for its own vested interests.

The OIC countries should make sure that the Taliban back off from their harsh, brutal, and regressive ways and adopt a more humane, tolerant, and inclusive government. Women, minorities, and those who were working for the government should not be persecuted because they were doing their job. For now, things are depressing, but with economic aid, global acceptance, and managing, the ragtag group can change their mind on some significant issues like human rights and security assurance.

This OIC meeting should be a ray of hope not just for the region but for the organization as well. By solving the issue at hand, it can try to restore the lost relevance of the institution. All the Muslim countries should come together and help their brothers and sisters in Afghanistan without any ifs and buts. This is a great time to do so as the disaster in Afghanistan is in no one’s favour.

In spite of the manifest claims that Pakistan has nothing to do with the sorry state of Afghanistan, the former needs to do some soul-searching before making any such statement. No one, at least not the Afghans, has forgotten the ill-advised Afghan war in the 1980s when Pakistan became an active state to recruit, train, and provide all sorts of support for the jihad in Afghanistan. Of course, we had our own national interests and international obligations, but nevertheless there is no denying the fact that Pakistan has a lion’s share of the troubles in Afghanistan. When today they see us with scorn, skepticism, and sometimes outright hate, we ought to be in their shoes before passing any self-righteous comments.

Today is high time that the international community invested in Afghanistan. According to a UN survey, almost 80 percent of people do not have sufficient food to eat, clean water to drink, or any job to do. Even those who have been doing jobs in both government and private sectors haven’t been paid since the rise of the Taliban to power. Pure chaos has wrapped Afghanistan, and the responsibility of the global community, especially the USA and Islamic world, cannot be emphasized enough.

Apart from basic amenities, health and education must be the priority of the conference. Due to the catastrophe since 15 August and subsequent uncertainty, a huge number of doctors, nurses, and other health workers have left Afghanistan. A month ago, the Foreign Minister of Afghanistan said that healthcare was on the verge of collapse. Education, particularly girls’ education, furthermore, seems to be an anathema to the Taliban. The Human Rights Watch on October 13 published a report accusing the Taliban of “effectively banning girls from education past primary school by ordering secondary schools only to reopen for boys.” Unless the Taliban do not come to that point, any compromise or hint of acceptance must not be on the table. The OIC can play its role.

Another worrisome aspect that needs to be discussed is security— both internal and external— in Afghanistan. On the one hand, the Afghans who worked for the previous government have been killed in masse, on the other, fault lines are emanating with other terrorist groups like the IS-K, which have been rapidly regrouping since the rise of the Taliban.  The Taliban killed no less than over 100 former Afghan security officers, according to the Global Conflict Tracker. As regards the threat of other groups like the IS-K chapter, they have carried out a host of terrorist attacks on the Afghan population.

Their very first deadly attack took no less than 170 lives back on August 26 at the Kabul Airport. Despite the lowering of the intensity, the threat is always there and with the passage of time, it is bound to increase. It is better to come up with some strategy to put an end to the growing wave of terrorism that this region has seen so much.

Pakistan has to play its role in convincing the Taliban and the international community to reach an understanding. In a couple of months, the Pakistani government has successfully spread the message of the Afghan people. Even though the former itself came under accusations and abetment, its unwavering effort to highlight the daily challenges of the people seems the first step towards consensus. As a result, this country has some leverage with the Taliban to convince them on human rights and other issues which concern the world.

In short, this OIC meeting should be a ray of hope not just for the region but for the organization as well. By solving the issue at hand, it can try to restore the lost relevance of the institution. All the Muslim countries should come together and help their brothers and sisters in Afghanistan without any ifs and buts. This is a great time to do so as the disaster in Afghanistan is in no one’s favour.