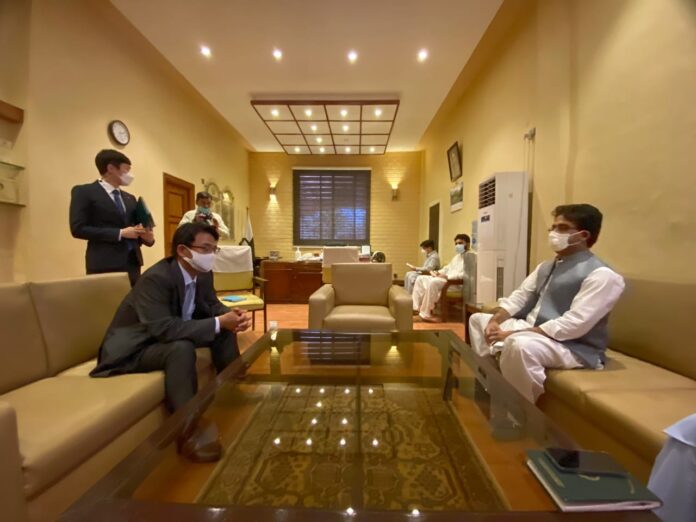 ISLAMABAD: Ambassador of the Republic of Korea Suh Sangpyo on Monday called upon Khyber Pakhtunkhwa Chief Minister Mehmood Khan and discussed matters of mutual interest and the measures being taken for providing a more conducive environment for Korean investments to various areas, including hydropower.

The KP CM was supported by provincial Minister for Health and Finance Taimour Salim Jhagra and Minister for Local Government and Law Akbar Ayub Khan.

Various matters regarding to the promotion of Buddhist tourism in the province were also discussed in the meeting.

Ambassador Sangpyo also called upon the KP Inspector General of Police (IGP) Sanullah Abbasi and the deputy inspector general of Counter-Terrorism Department of KP Police, Javed Wazir, to discuss matters of security cooperation to enhance the inflow of Korean tourists into the province.

Sangpyo additionally called upon the Special Assistant to the Chief Minister of Khyber Pakhtunkhwa for Higher Education and Information Kamran Khan Bangash to discuss possible areas of educational cooperation between universities of both countries and to encourage student to student exchanges.

The ambassador hoped that these meetings would prove to be instrumental in enhancing cooperation between the government of Korea and the provincial government, and would pave the way for enhanced foreign investments, increased tourism and educational cooperation.