Most of injured are in critical condition 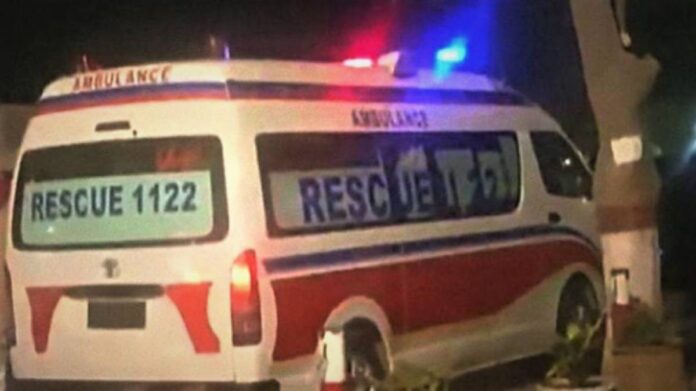 HASSAN ABDAL: At least 15 passengers died when their bus overturned while saving a car from crashing into it near Hassan Abdal’s Burhan Interchange on Monday.

The bus made a departure from Lahore to reach Mardan but on the way as it crossed Hassan Abdal, the bus met a calamity and turned turtle.

Officials from Rescue 1122 told the media that a passenger bus overturned near Burhan Interchange at the motorway in Hassan Abdal area of the district.

Most of the injured suffered serious injuries and are in critical condition. The patrolling police of the motorway said the accident took place when the driver lost control over the bus because of overspeeding.

The ill-fated bus was heading towards the Mardan from Lahore.

Earlier in December last, at least five people died and ten others sustained injuries when the passenger jeep they were travelling in fell into a gorge in Abbottabad.

According to the deputy superintendent of the police (DSP), 14 women and a driver were travelling in the ill-fated jeep near Harnokarla. Getting the information, the rescue teams reached the spot and initiated relief work. The bodies and the injured were shifted to Benazir Shaheed Hospital.

It is pertinent to mention here that such accidents have become a routine in the province due to its physical landscape. Earlier on November 16, eight people died and eleven others got injured when a flying coach plunged into a deep ravine in the Kaka Sahib area of Nowshera. According to details, the incident took place due to over speeding and brake failure. Rescue sources relayed the ill-fated van skidded off the Kaka Saheb road and fell into a ditch.