New opportunities now the Cold War is over 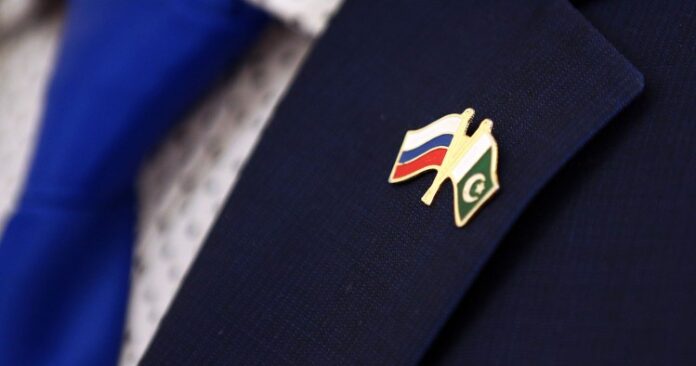 During his press talk, he also touched on economic projects such as the North-South gas pipeline, the energy deficit, the growth of bilateral trade, cooperation for use of technology for medicine and industry, and boosting cooperation in diverse areas, including defence and counterterrorism. The body language of the Russian Foreign Minister showed that it was time to start a new era in the relationship.

Lavrov also expressed concern over the deteriorating security situation in Afghanistan. Here it is to be mentioned that Afghanistan has played a key role in the Pak-Russian relations and Kabul is also one of the reasons due to which both states could not develop close ties. The ties were strained during the cold war and later on the tensions increased when the USSR invaded Afghanistan. Pakistan was the key ally of the Western bloc and for making it happy Islamabad got involved in Afghanistan.

There is no doubt that the USA, Pakistan and Saudi Arabia created the mujahedeen, fired them with religious sentiment, armed them, paid them and sent them against the USSR in Afghanistan. The allies never thought how this militia would divert to a productive life after the Jihad was won. This mistake leads to the conflict which is still going on.

The Afghan conflict has not been resolved yet and it gives another opportunity for Pakistan and Russia to re-boost new relations as both are concerned about the Afghan issue and both states are also on the same page and demanding that the Afghan issue can only be solved through political means.

Russia–Pakistan relations have grown under the shadow of dramatic shifts in geopolitics. The policy shifted from the USA to China, which also paved the way for new investment and development. Both Pakistan and Russia can play an important role in the Afghan conflict and use the Afghan strategic location for economic development.

Currently, Pakistan is more inclined towards China as it committed to work together in the economic as well as development sectors. China has strengthened their relations through bilateral trade, military agreements and supporting each other on key issues. Meanwhile, the CPEC corridor has come up, which is the economical game-changer for Pakistan. Moscow is also looking to take part.

Russia is also finding new opportunities in the South Asian Region as the USA has made an agreement with the Taliban to withdraw its troops from Afghanistan before May 1. Once the USA leaves, the opportunities for other states to invest in Afghanistan will increase.

Moscow is playing its key role, as last month it hosted a meeting of the extended “Troika” which focused on making progress in the intra-Afghan process to reach a negotiated settlement and a permanent and comprehensive ceasefire.

Moscow invited the prominent Afghan political figures and representatives of the Taliban movement, as well as other stakeholders such as the USA, China, Pakistan, Qatar and Turkey as guests of honour. The conference was very successful and the Afghan government and the Taliban agreed to accelerate the peace process, after the talks in Qatar’s Doha hit a deadlock.

Apparently, India was not invited to the conference which was quite shocking because Russia and India have great relations, which can be seen in their military cooperation agreements, but it also means that India is not considered as the stakeholder in the Afghan conflict. Pakistan also appreciated this decision of not inviting India as Pakistan believes that India’s role in the peace process is that of a spoiler.

On the other hand, a 10-day long Afghanistan peace conference will begin in the Turkish city of Istanbul on April 16. The USA proposed the conference to bring together Russia, China, Pakistan, Iran, India, and the USA, to discuss a unified approach to support peace in Afghanistan. But this conference is more inclined towards decreasing the role of Russia and China in the Afghan peace process as the USA doesn’t accept that rival should take the lead.

Russo–Pakistan relations have grown under the shadow of dramatic shifts in geopolitics. The policy shifted from the USA to China, which also paved the way for new investment and development. Both Pakistan and Russia can play an important role in the Afghan conflict and use the Afghan strategic location for economic development.

Raja Furqan Ahmad
The writer is a student of International Relations and Freelance journalist currently based in Islamabad, Pakistan. He can be reached at [email protected] or @furqanraja1122 on Twitter