Saudi Arabia has met the requirements of justice in the case Jamal Khashoggi: clerics

'We have also noted that the Saudi government termed Jamal Khashoggi’s murder as an ‘abhorrent crime’ and a ‘flagrant violation’ of the Kingdom’s laws and values,' says FO 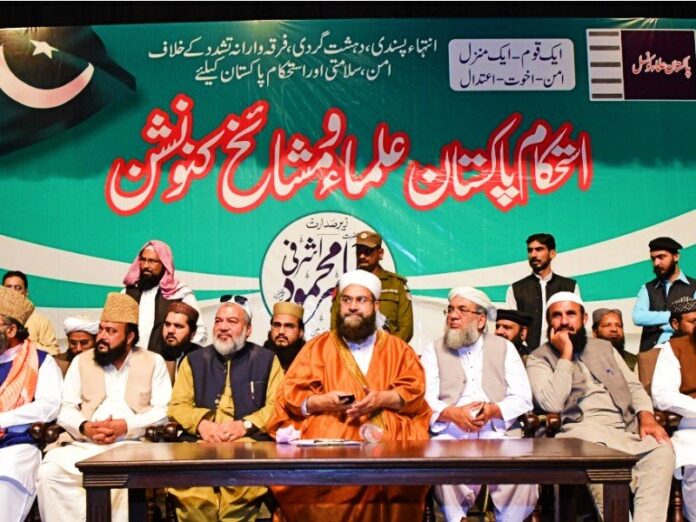 LAHORE:  A convention of more than 1,000 religious scholars and clerics from all over Pakistan said that Saudi Arabia has met the requirements of justice in the case of Saudi citizen Jamal Khashoggi.

The peace, security and stability of Saudi Arabia is dear to every Muslim, the convention’s clerics said. Pakistan and the Muslim Ummah will not accept any step against the security, stability and defence of Saudi Arabia, they said.

The above was issued in a statement, which was presided over by Special Aide to Prime Minister on Religious Harmony and the Middle East and Central Chairman of Pakistan Ulema Council Hafiz Muhammad Tahir Mahmood Ashrafi.

The convention — held at Al-Hamra Hall in Lahore — was of the opinion that the Islamic world loves Saudi Arabia and its leadership and regretted baseless propaganda against the Saudi leadership.

The statement from the Foreign Office (FO) was issued after a US government report held top Saudi officials responsible for the murder of the journalist.

Khashoggi, a US resident who wrote opinion columns for the Washington Post critical of the Saudi government’s policies, was killed and dismembered by an assault team in the kingdom’s consulate in Istanbul in October 2018.

“We have taken note of the public release of the US Administration’s declassified intelligence report, containing its ‘assessment’ on the killing of Jamal Khashoggi,” Foreign Office Spokesperson Zahid Hafeez Chaudhri said in a statement issued.

It added: “We have also noted that the Saudi government termed Jamal Khashoggi’s murder as an ‘abhorrent crime’ and a ‘flagrant violation’ of the Kingdom’s laws and values.”

The Saudi government has further underlined that it took all possible measures within its legal system to ensure that the individuals responsible were properly investigated, convicted and sentenced and that justice was served, the spokesperson mentioned.

“Pakistan recognizes Saudi efforts in this regard and expresses solidarity with the Kingdom of Saudi Arabia,” he added.

“Pakistan underscores adherence to the rule of law, respect for national sovereignty, and protection and promotion of human rights by all states, in accordance with their respective Constitutional frameworks and international obligations,” the spokesperson maintained.