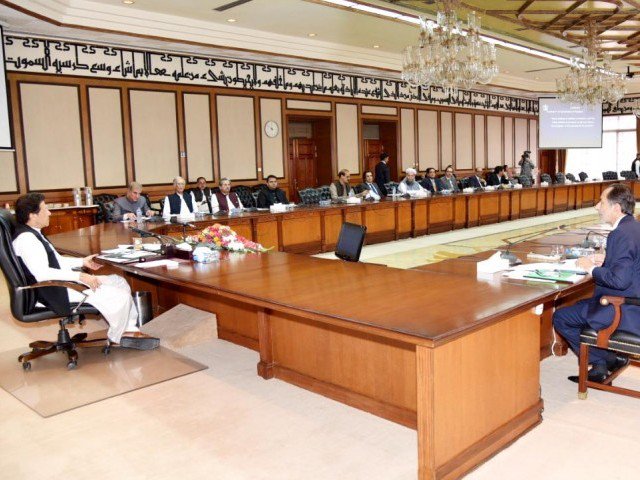 ISLAMABAD: Federal cabinet’s Economic Coordination Committee (ECC) on Wednesday is likely to direct the finance division to allocate Rs141.308 million as a technical supplementary grant (TSG) to Ministry of Information and Broadcasting so it may clear the accumulated dues of the Covid-19 media campaign.

Following the pandemic outbreak in the country, the Ministry of Information launched a designed media campaign to raise public awareness, and in this regard, it incurred an expenditure of Rs141.380 million. This amount has remained unpaid till date, Pakistan Today learnt.

Sources said that the information ministry had launched the media campaign in the absence of available budget after emergency directions from the cabinet.

The Ministry of Information and Broadcasting took up the matter with the finance division on a number of occasions but funds have not been made available so far, said sources.

A meeting of the ECC, scheduled to be held on Wednesday under the chairmanship of the finance minister, will take up five agenda points, including renewal of the lease on Garden West (Pakistan Quarters) and allocation of funds for the aforementioned media campaign.

It is relevant to mention that the provision of funds amounting to Rs500 million was approved by ECC on June 10, 2020 and this decision was ratified by the cabinet later the same month. However, these funds were never made available to the Ministry of Information and Broadcasting.

Regarding a summary presented by the Ministry of Housing and Works, titled as “Renewal of lease of Garden West (Pakistan Quarters)”, it is likely that ECC may allocate fund amounting to Rs377 million for payment of lease to the government of Sindh.

The quarters in Garden West, Karachi, a property measuring 32.13 acres and on lease from the provincial government of Sindh, comprises 396 residential accommodations for federal government servants. The government has planned an expansion of this residential area by adding more floors to the existing building.

A presentation in this regard was made to Prime Minister Imran Khan, and the PM directed all-out efforts to start the project within the decided timelines.

The lease of the property had expired and the aforementioned project could only be possible after the renewal. Ministry of Housing and Works has incurred challans amounting to Rs377 million for the property from the Land Utilisation Department. The remaining payments will be required as and when the provincial government provides the challans.

In this regard, the Finance Division has collected additional funds, amounting to Rs100 million, from anticipated savings by the ministries/division during the current financial year. It has advised that the remaining funds may be met through reappropriation from the anticipated savings as per expenditure trend.