If it joins, will India and China need dollars to buy oil? 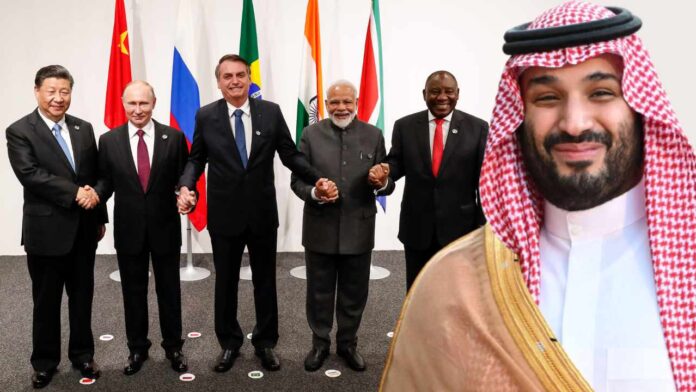 In the book, BRICS and Global Governance, emerging markets and developing countries are increasingly playing a defining role in those trends, particularly in the growing cooperation among emerging markets and developing countries in the form of south–south cooperation. It was also said by  the Greek philosopher, Heraclitus, famously said, change is the only constant in life. Similarly, international relations are not immune to change. Saudi Arabia is speculated to join BRICS, which can potentially be a strategic game changer in the global arena.

The BRICS countries have a growing military and political influence on the global stage. By forming a bloc, the BRICS countries can exert a collective influence and present a united front on issues of their mutual concern. BRICS is a bloc whose name stands for the five member countries: Brazil, Russia, India, China, and South Africa. Together, these countries represent a significant portion of the world’s population and economic output. BRICS accounts for nearly 42 percent of the world population, 27 percent of the land area, and 32 percent of global GDP (PPP). If the grouping were to be expanded; it could potentially increase the global influence of the BRICS bloc.

There have indeed been discussions in the past about expanding the membership of the BRICS grouping, but to date, no new members have been admitted. Saudi Arabia has recently applied to join the BRICS; however, the admission of the oil-rich Kingdom will be based on the consensus of all the countries of the bloc. It is important to note that the BRICS countries are sovereign nations with their interests and priorities, and any decision to expand the grouping would likely require consensus among all member countries. It is also possible that other factors, such as the potential impact on the group’s dynamics and goals, could be taken into consideration in any decision to admit new members.

In the BRICS summit of 2023, the inclusion of Saudia, Arabia will be expected to be discussed. On December 8, a meeting between China’s President Xi Jinping and Saudi King Salman bin Abdul-Aziz Al Saud saw an optimistic approach between China and the Arab world. If Saudi Arabia were to join the group, it could potentially bring additional economic and political influence to the bloc, because of its vast energy resources. We can understand Riyadh’s submission to join BRICS through multilateralism and national interest. Saudia Arabia is a Petro-state and earns 80 percent of its export income from oil. According to the Brookings Institute report 2020, “profits from oil export are expected to turn down due to expected decline in global demand by 2040”. To reduce oil dependence and diversify its economic resources, Saudi Arabia launched the Saudi Vision 2030 programme. Saudi Arabia has indeed sought to diversify its partnerships in recent years. As a major oil-producing country, the Kingdom has long had close ties with the USA, but it has also been looking to strengthen its relationships with other countries, particularly in Asia. The agreement to sell oil to China in exchange for Chinese currency (the yuan) is one example of this.

Saudi Arabia is seeking to reduce its reliance on any single country and to increase its influence on the global stage. This can be seen as an effort to move away from a traditional role as a provider of raw materials and towards a more active role in shaping global events.

Saudi Arabia is a major player in the global economy, and its decisions can have significant impacts on the international market. As a major exporter of oil, it can regulate global oil prices and has played a key role in the Organization of the Petroleum Exporting Countries (OPEC). The country also has a large and diverse economy, with significant investments in various sectors including healthcare, technology, and infrastructure. It is not uncommon for countries with significant economic power to have more autonomy in their foreign relations and to be able to choose their partners more selectively.

If BRICS decides to build up its membership with Saudi Arabia, it will stop Petro Dollar recycling. Saudi selling oil offers the USA a $7 trillion benefit which may shape a bilateral currency exchange deal under which the BRICS countries would not have to buy oil in dollars, especially India and China the two largest users of oil. The USA will experience a significant blow since China alone owns $1 trillion in US Treasuries. Without buying oil in dollars, the Chinese may sell those bonds, putting a dent in the US economy, so even if China merely withdraws its treasury bonds, the USA will have one trillion dollars less in bonds. If Saudi Arabia joins BRICS the break becomes almost definite.

Saudi Arabia is seeking to reduce its reliance on any single country and to increase its influence on the global stage. This can be seen as an effort to move away from a traditional role as a provider of raw materials and towards a more active role in shaping global events. 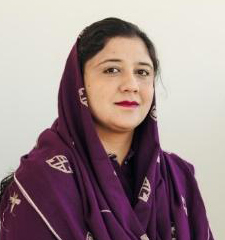 Nazia Sheikh
The writer is a Research Officer at Centre for International Strategic Studies, AJK. She can be reached at [email protected]