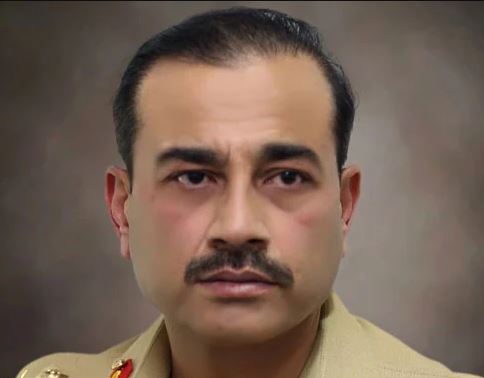 ISLAMABAD: The outgoing Chief of Army Staff (COAS) General Qamar Javed Bajwa on Monday bid farewell to President Dr Arif Alvi and Prime Minister Shehbaz Sharif, as the stage is all set for the COAS-designate Gen Syed Asim Munir to take charge at a Change of Command ceremony being held today at the GHQ.

Gen Asim is Pakistan’s 17th army chief since independence on August 14, 1947. The country has reportedly seen about 30 prime ministers during the same period. The newly appointed military chief has a distinction as he served at the country’s two most influential intelligence agencies, the Inter-Services Intelligence (ISI) and the Military Intelligence (MI).

Meanwhile, Gen Qamar held separate farewell meetings with President Alvi and PM Shehbaz, who expressed their good wishes to him during their meetings. Later, PM Shehbaz held a luncheon in honour of Gen Qamar at the Prime Minister House.

While bidding farewell, PM Shehbaz noted that the army, under the leadership of Gen Qamar, rendered exemplary services in various crises, including the removal of Pakistan’s name from the Financial Action Task Force’s (FATF) grey list, the outbreak of Covid-19 pandemic and the climate-induced floods that inundated almost half of the country.

He said that the armed forces crushed the menace of terrorism with valour and bravery under Gen Qamar’s leadership. He added that Gen Qamar took charge as the army chief during one of history’s toughest moments.

He also lauded the army chief’s services in terms of the role he played in line with the “geo-economics”.

In the meeting with the army chief, PM Shehbaz noted: “All political forces must show collective wisdom and sign a charter of economy to make Pakistan an economic power.”

As PM said to Gen Qamar that he had the honour of leading the world’s best army, the outgoing COAS thanked the PM in response for extending full cooperation in the execution of national affairs.