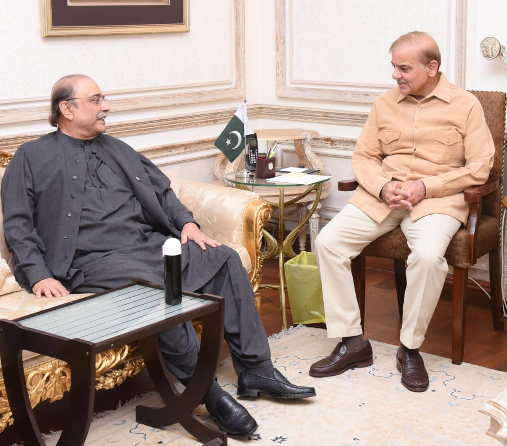 ISLAMABAD: The federal government has decided to employ all possible tools to help foil PTI’s plan to dissolve provincial assemblies of Punjab and Khyber Pakhtunkhwa (KP) to help keep itself in the saddle.

Sources from the Pakistan Muslim League-Nawaz (PML-N) revealed that in order to change the Punjab government, all legal and constitutional options are under review. Moreover, an appeal in the Supreme Court for an early hearing of the party’s petition is also under discussion.

The insiders further revealed that PM Shehbaz has advised his son Hamza Shehbaz to consult with the Pakistan Democratic Movement (PDM) leadership over the current political situation.

Meanwhile, the PML-N has vowed not to leave any stone unturned to halt the dissolution of assemblies.

The decision was taken at an emergency party huddle held in Lahore’s Model Town, two days after former PM and PTI chairman Imran Khan announced quitting all legislative assemblies in the country.

During the meeting, the PML-N leaders deliberated upon as how to tackle the political challenges that may arise after the dissolution of assemblies.

In this regard, PML-N’s Punjab parliamentary advisory group held a meeting presided over by Hamza Shehbaz that lasted for more than two hours.

The huddle discussed possibility of governor’s rule among other options in the wake of PTI’s warning of resigning en-masse.

Soon after the meeting, Special Assistant to Prime Minister Ata Tarar along with PML-N leader Uzma Bukhari told the media that, “We will go to any extent to stop the dissolution of assemblies”.

The leaders added that, “We have also requested the Supreme Court for an early hearing of the PML-N petition” in this connection.

The leaders further stated that “a no confidence motion will be moved against Punjab CM Pervaiz Elahi”, while adding that the Punjab governor may also ask the chief minister to take vote of confidence.

The leaders revealed that apart from these two options, many other options are also being considered.

Special Assistant to Prime Minister Ata Tarar went on to add that, “Many PTI leaders are themselves not in favour of dissolution of assemblies, as many of them are in contact with us”.

Uzma Bukhari concluded by stating that “Imran Khan is dissolving the assemblies at the hands of his own miserable state, but we won’t let him succeed”.