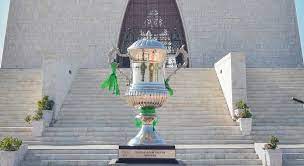 LAHORE: Northern suffered their first defeat of the tournament as Khyber Pakhtunkhwa ended an otherwise disappointing season on a high on the fourth day of the tenth and final round of the Quaid-e-Azam Trophy 2022-23 tournament at the Shoaib Akhtar Stadium, Rawalpindi.

Sindh confirmed their spot in the final for the first time under the revamped domestic season (2019-20 onwards) by playing out a dominant draw against Balochistan here at the LCCA Ground, while Central Punjab narrowly missed out on a final’s berth after a stalemate against Southern Punjab at the Gaddafi Stadium.

Northern will take on Sindh in the five-day tournament decider at the Gaddafi Stadium, Lahore from Saturday, 26 November.

Northern finished with 135 points to top the table. Sindh occupied the second spot with 128 while Central Punjab stood third with 124 points. Balochistan accumulated 114 points to finish fourth. Southern Punjab had to contend with a fifth spot with a tally of 89 points and despite their impressive tenth round win, defending champions Khyber Pakhtunkhwa ended at the sixth spot with 78 points.

On Wednesday, Balochistan resumed their first innings at 240 for two. Imran Butt who had reached his hundred yesterday went onto score 195 off 314 balls (35 fours). Imran added 210 runs for the third-wicket with his captain Asad Shafiq who also crossed the three figures mark. The seasoned Test batter was dismissed for 105 off 144 balls (19 fours).

Balochistan however, lost their last eight wickets for 93 runs and were bowled out for 485 in 132.5 overs. Left-arm spinner Danish Aziz who was drafted in the eleven yesterday took five wickets for 75 runs. Off-spinner Aaliyan Mehmood took three wickets.

Sindh then asked Balochistan to follow-on, Balochistan were 31 for one when stumps were drawn for the final time in the match.

Central Punjab were bowled out for 490 (119.2 overs) in their first innings in the first session today to hand Southern Punjab a 60-run lead. Captain Muhammad Saad was dismissed for 182 off 280 balls (20 fours, one six). All-rounder Aamer Yamin scored 50 off only 43 balls (seven fours, one six). Skipper Hasan Ali and Hassan Khan took three wickets each for Southern Punjab.

The match was declared as draw with Southern Punjab at 216 for two in 55 overs.
Northern resumed their second innings at 46 for four. The lower-order failed to offer much resistance to the Khyber Pakhtunkhwa bowlers as Northern were bowled out for 171 in 73.5 overs to hand over their opponents an innings and 50-run victory.

Faizan Riaz did not come out to bat due to an injury. Wicketkeeper-batter Rohail Nazir who scored 82 in the first innings, fought hard in the second innings as well with 62 off 158 balls (eight fours).

Balochistan vs Sindh – match drawn at the LCCA Ground, Lahore