Throwing down the gauntlet 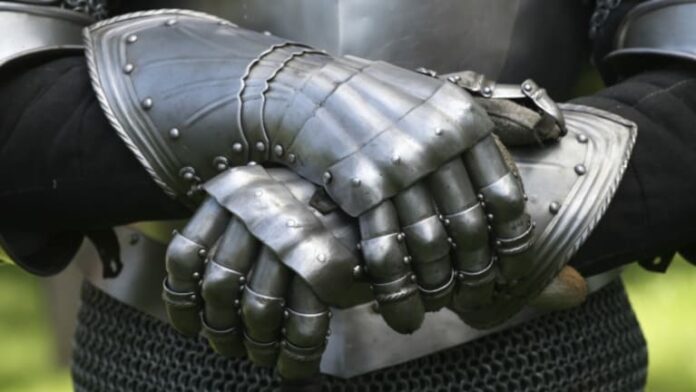 The country seems to be in turmoil as an air of uncertainty engulfs individual worries as well as the collective psyche. The murder in a foreign land of a leading anchor, identified with the previous political government, and forced to resign from a leading channel coupled with accusations and counter accusations, plainly explains that Pakistan as a polity and society is headed for a showdown; which can bring extreme chaos; but can also remake the whole setup.

The political system will need to steer its path as written in the Constitution. The public distancing of the powers who matter have made it clear that politicians need to grow up if they want politicking within the limits of the system; otherwise they should have the muscles to upturn all. As many genuine revolutionaries have done round the globe

As things stood in Nairobi, despite a great divide between the journalist community, there was a rare unity of grief among the newsmen for the slain journalist; already forced into exile. Persons affiliated with this or that party, with the deep state or with the civil society, were all united in their condemnation of what made  Pakistan resemble a Middle Eastern dictatorship.

On the top of that the much-awaited long march after the May 25 experience, as was to be announced by the PTI supreme leader Imran Khan, has been finally announced. Despite the fact that the PTI seems confident of achieving its goals, the sitting government backed by the powers who matter, it seems are not willing to give a walkover to the opposition hordes. By the end of the week, ending October 30, things might be clear on all counts; or might have become complicated beyond repair.

What is even more worrying has been the proverbial build-up of what can be called all the parties throwing in their gauntlets to save their skin or face the situation. In an unprecedented move the Thursday noon presser of the Army spokesman with an otherwise illusive DG ISI, who as per the protocols followed is not to be focused, filmed or photographed like any other government functionary, can well illustrate the level of stakes, each group, faction, visible government or deep state have in the developing scenario.

The plain talk by the Army personnel in that presser reveals the nature of the crisis which looms over the polity, standing and finally is likely to adversely impact any chances of economic revival. The PTI is again on streets and the coalition interior minister; a PML N stalwart is not mincing words to what he wants to; to scare away the PTI crowds.

In the backdrop of so many parallel developments; the statements of the top military brass in the presser buries for all times any illusion that the established order is still having hopes about its devastating hybrid experience; courtesy its partnership with the PTI. As the country braces up for another round of political street power, one thing is for sure, the PTI will have to go many extra miles to ensure that it can generate enough crowds to force the powers-that-be to budge and give in to their demands. They will need to do something like Iran in 1979, Egypt in 2011 and again in 2014, to make things happen.

Given the fact that the original duel is between the established order and its hybrid partners, the roots of that conflict invariably lay in the complicated system of governments created without any referral to the Constitution by the powerful groups during the last five years or so.

Despite the fact that a sort of civil and military accommodation of sorts has been in practice in Pakistan since the days of the Ayub dictatorship in one way or another, there has always been an invisible respect for the state of Pakistan. The first dictatorship formally shed its military uniform in 1962. While the 1969 military takeover led to more chaos, the 1977 military takeover had to shed its uniform and don a sherwani to gain public acceptability. Further corrective action was facilitated after the events of August 1988.

The 1999 takeover too was rationalized through the civilianization of the arrangements. The unceremonious exit of the dictator on the back of the lawyer movement, political NRO, the Army realization to call it a day and finally the intelligent playing of the cards by the civilian participants created an impression that now onwards a give and take situation will develop. It further made people convinced of the declaration that people in the barracks have no interest in dictating their worldview on the people outside.

However, the events in 2018, the rise of a party of change on the back of the established order; undid all the painstaking work done by multiple players to rationalize the system of governance, consultation and finally; the live=and-let-live policy on part of all the players.

The 2018 political government, though chided by its political opponents as being a favorite government, was in fact the one which decided its each move in unison with the forces, whose favorite it was. Whether it was the geopolitical stances, the internal policy stances or the suppression of the non-compliant media, the two, the established order and the PTI were participants on the much-cherished same-page’.

During that same-page honeymoon; Pakistan, which managed to stay clear of the Yemen war, was very much publicly siding with the collateral damage inflicted by the Saudi led forces in the period after August 2018. The famous Telon exercises conducted by the air forces using F16s were regularly held during the period. Not to ignore the USAF, RSAF and PAF joint drills in central Punjab plains involving F15s, F16s, Tornado multirole jets etc., presumably against an imaginary enemy; most probably Iran.

In the domain of further integration of the economic system with the western system, the country’s central bank was remotely managed by the IMF, with a free-rolling currency exchange rate, a luxury not afforded by even stable economies. Today much of the woes of the economic slowdown emanate from those years.  During those days; it was an open secret that the PTI government and the established order were intimate bedfellows, privy to the details, others did not have. The fifth generation cadre, which the deep state wanted desperately to build up after the 1999 Kargil debacle, 9/11 and other international developments, were manned by PTI cadre; journalist and non-journalist.

As things stand, the established order had made its ground clear for all concerned. The love-hate relationship between them and the past hybrid partners seems to be culminating and pushing the country towards a crisis, which can make or break the system.  However the illusion of early elections seems to be thinking too far.

The political system will need to steer its path as written in the Constitution. The public distancing of the powers who matter have made it clear that politicians need to grow up if they want politicking within the limits of the system; otherwise they should have the muscles to upturn all. as many genuine revolutionaries have done round the globe.