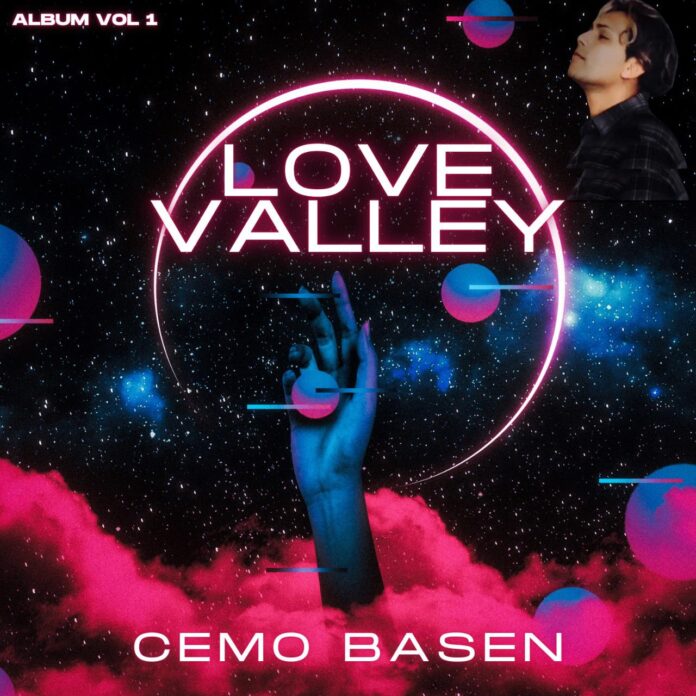 It’s not a cliche to say that Cemo Basen is on top of his game with his self-titled debut album. He released seven singles in preparation for the full release. Cemo Basen has always aspired to release an album filled with his music. It took years of hard work and dedication, but this dream became a reality in September 2022. The album has received a positive reception from listeners because it is seen as a masterpiece.

Basen is excited to release his first music album “Love Valley” and continue pursuing his dreams for the future. Basen’s music album “Love Valley” is a beautiful and charming record that will tug at your heartstrings. The album opens with the gorgeous lead single a track that sets the stage for the rest of the album with its emotive lyrics and airy production. Basen’s music is perfectly suited for the dreamy soundscape, and it’s clear that a lot of love went into making this album.  The soulful love album from Cemo is a moving and intimate record. The melancholic but heartfelt lyrics are delivered with trademark vocals and some talented production that captures the highs and lows of love. From the opening track, “Arab Love Trap” which tells the story of a love doomed from the start, “Love Valley” is a heart-tugging story worth listening to.

Many musicians fear disapproval of their work and consequently choose to release their music independently. Cemo Basen, however, isn’t afraid of challenging the status quo. His story began in Las Vegas, U.S. It takes a lot of hard work to be a musician or composer, but it’s all worth it if you love art. He practiced for hours each day and composed his debut album consisting of 7 tracks. The songs are all lyrically beautiful and will make you feel things. The musician also spent time and effort creating this masterpiece by working on the album between midnight and four in the morning. The album was recorded over a period of more than 2 months, with recordings made in various US locations including California, New York, and Las Vegas. Basen’s musical style can be best described as indie folk-rock, with hints of country and blues thrown in for good measure. His lyrics are introspective and personal, and his melodies are catchy and memorable. Overall, Love Valley is a solid debut album that is sure to please fans of Basen’s music. Highlights of the album include the title track, which is a beautiful ballad about finding love in unexpected places.

Basen has dubbed this album the “Love Valley”, and it’s sure to resonate with music lovers everywhere. Love Valley is one of the latest albums from the duo, and it’s sure to get your feet moving and spirits soaring. If you’re in the mood for some feel-good tunes, look no further than this latest record from the duo. It’s packed with catchy melodies, heartfelt lyrics, and enough pop-club influences to keep your toe tapping for hours. Whether you’re into ballads or booty-shaking beats, you’ll find something to love in Love Valley!

February 7, 2023
ISLAMABAD: Pakistan Meteorological Department (PMD) has forecast rain-wind/thunderstorm with snowfall over the hills in western and upper parts on Thursday and Friday. A westerly wave...