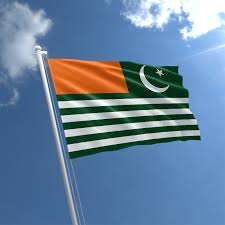 MIRPUR (AJK): All is set to commemorate the 16th anniversary of history’s worst killer earthquake of October 8, 2005 in Mirpur and other cities of Azad Jammu and Kashmir on Saturday, 8 October with due feelings of seriousness, respect and determination as the National Disaster Awareness Day. On this day, glowing tributes would be paid to the martyrs and other victims of the history’s deadly catastrophe in the region.

A grand event would be hosted by the Kashmir Orphan Relief Trust (KORT) and Educational Complex at Akhterabad in Mirpur will be the hallmark of the 17th Anniversary.

The ceremony will begin at 6.00 am on Saturday at the mega KORT complex at Akhterabad, in the outskirt of the lake city Mirpur, said Ch. Akhter, the founder of the KORT, the largest shelter home in South Asia, housing over 450 of orphan and shelter less children, mostly those who were rendered homeless and orphan following the killer earthquake of October 2005 in Muzaffarabad and various adjoining parts of AJK and KPK.

Talking to APP late Friday, Akhtar said that glowing tributes would be paid to the victims of the history’s worst catastrophe. The event will be attended by the dignitaries besides social workers, volunteers and heads of various nation-building institutions, he told.

This year, Mirpur city will observe the anniversary when it met the same fate in form of Sept. 24, 2019 devastating earthquake of moderate magnitude measuring 5.8 at Richter scale that left at least 45 people dead and over 1000 injured besides huge damaging of the buildings across Mirpur city and adjoining areas of Jatlaan.

The day will dawn with special prayers in the mosques at Fajr across AJK for the departed souls of victims. It will be a gazetted holiday throughout AJK State.

The major ceremony to mark the day will be held at the capital city of Muzaffarabad, with the sign of deep-rooted love and affection by the government and the people of Pakistan as well as the national and international NGOs and brotherly foreign countries who contributed their exceptional share for the rebuilding and rehabilitation of the quake-hit zone of AJK, sources of the State Disaster Management Authorities told APP on Friday.

Besides, special functions would be arranged to raise awareness among the people about adoption of per-cautionary measures to avert the losses in case of any natural catastrophe, the sources added.

In Mirpur, the major ceremony will be held where fateha Khawani will be offered for the martyrs following blowing of sirens at 8.52 a.m and observing two minutes silence to pay respect to the victims.

The district authorities of all three districts of Mirpur division are giving final touches to the programs of the anniversary in the division.

The special ceremonies include awareness walks, seminars and symposiums across the Valley which will be attended by the people representing all walks of life including social and political workers, lawyers, journalists and members of the business fraternity.

ISLAMABAD: The government is likely to remove Aamir Khan, Chairman Securities Exchange Commission of Pakistan (SECP) while Akif Saeed is expected to be the...
Read more
NATIONAL

December 9, 2022
Regrettably, the number of dengue patients is increasing rapidly and so is the death toll from the mosquito-borne disease. There are many reasons behind...