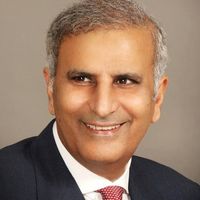 LAHORE: Minister for Agriculture, Punjab Syed Hussain Jahania Gardezi chaired the first meeting in Lahore to review the production strategy of the next wheat crop.

While addressing the meeting, Gardezi called for ensuring production targets of wheat for next crop and assigning the field staff to perform their duty of making the farmers aware about modern production technology.

Provincial Minister directed to provide standardized agricultural inputs to the farmers and issued instructions to the DG Agriculture(Extension) to hold meeting with the authorities of irrigation department for availability of canal water to the farmers at time of wheat sowing. He maintained that he will personally monitor the sowing process of wheat and in this regard he directed to organize mega farmer’s gathering at Divisional and District level.