Government has a vital role to play 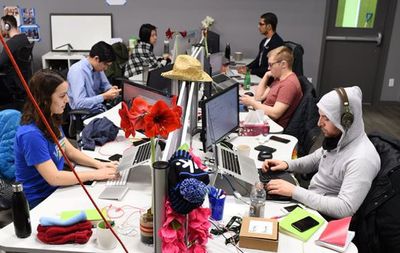 Unicorns have become a symbol of the strong startup ecosystem of an economy. Numbers of unicorns in a country reflect a favourable environment to nurture new ventures, clear taxation laws for foreign investors, developed human resources to cater to the needs of today’s digitised business world, and government’s facilitation in providing efficient infrastructure to expand and sustain innovative commercial initiatives.

The recent closure of Airlift after a very successful series B funding round of $85 million less than a year ago certainly raises concerns about the strength of our country’s startup ecosystem. The popularity of Airlift’s operation in the public was amazing, referrals were quite common. We also started using Airlift’s services on the recommendations of our neighbours satisfied by their quality of service.

Our prime time is dedicated to putting down political rivals, debating interventions of the deep state, propagating every violation taking place within our boundaries and then mourning the havoc created by our irrational approaches. How a country at the verge of default can ignore termination of a startup which displayed tremendous potential for growth but terribly failed to sustain?

It was at this point the intervention of the government and relevant policy makers is usually required, to send a message to all relevant stakeholders that the state is with them if they exhibit business potential. You can’t find even a single analysis or discussion on this failure to ensure that it doesn’t happen again to any emerging startup. Because it is a globally proven fact that startups rejuvenate the economy by creating goods and services at a high growth output rate which existing organizations can’t match, startups explore new markets and reform existing opportunities.

We as a nation have to build favourable infrastructure and an all-encompassing mentoring programme to nurture innovative startups and facilitate them to join the club of unicorns to exhibit strength and potential of our economy and supporting systems.

As Jacob E. Lee suggests, “Startups are most beneficial to the economy because they contribute to the creation of jobs in a country. Startups create more opportunities for employment since they can add to job creation at a rate of 25 percent or more.”

Airlift’s customer care and quality of services were generally admired by the users of the service; however, bleeding operations remained a concern among investors which eventually spoiled the only aspiring homegrown unicorn in Pakistan. Airlift also attempted to expand operations internationally which, I think, was ambitious and probably not required, which may have terribly affected their financial position. I have hands-on experience of international business development, it is extremely tricky to explore and establish an international market for every business and this needs extensive due diligence. Other operations of the same kind are progressing slowly and I hope they will certainly learn from the failure of Airlift to ensure sustainable operations.

Why is it unicorns we are focusing on today? Unicorns are billion dollar startups. According to Aileen Lee, “Startups that reached this mark are so rare that finding one is as difficult as finding a mythical unicorn.” But it isn’t true anymore for some economies in the world as there are now numbers of unicorns with successful operations and maybe hundreds are in the queue to join the club.

India has been successful and consistent in expanding its startup ecosystem with significant growth in unicorns numbering 105 ranking third in the world after the USA with 618 and China 174 unicorns, while Israel features 96 and the UK 44. This clearly indicates that these economies provided room to new and innovative ideas to flourish and extend employment to thousands of people through their operations.

Pakistan is the fifth largest market of the world providing exceptional opportunities for new and innovative business ideas, but Joe O’Callaghan, Managing Partner at Vation Ventures very rightly suggests, “Offering the right product and service to the right customers in the right market and at the right time is half part of being in business. The other half is having the right partners, technologies, and strategies to help you reach the market and deliver your products and services. The most successful technology ecosystems help you bridge the gap between customers, partners, products, technologies, and markets to help you deal with your responsibilities and innovate at a much higher rate.”

Minnalearn website suggests, “The startup ecosystem consists of a group of people, startups, and related organizations that work as a system to create and scale new startups. Startup ecosystems are formed often in a relatively limited area with a centre of gravity like a university or a concentration of technology companies. This ecosystem draws together key actors and stakeholders that gravitate towards growth ventures, including new entrepreneurs, mentors, incubators, sources of talent such as universities and corporations, investors and supporting services like startup-savvy laws and accounting agencies.”

According to Humra Laeeq, author at The Print, “Alongside a ‘drastic’ gender inequality, other roadblocks that more directly appear to impact start-ups in the Pakistan include a lack of diversity among local angel investors, unclear taxation laws for foreign investors, and a workforce that is not yet trained for senior positions in this new wave of digital firms. It is imperative that the government and all other key stakeholders understand that we are at a crossroads where addressing the needs of these startups and creating a favourable environment for them will determine the course of the entire digital economy over the years to come.”

Despite technical skills startups need thorough training in developing their business models. A venture capital firm that did not back Airlift (before the closure), stated that Airlift needed to fix its unit economics, as the company was bleeding money, which was a concern for investors. Aftab of Zayn Capital said, “It takes multiple liquidity cycles before you are able to stay and survive to get that unicorn status. Young founders who haven’t gone through a liquidity squeeze like 2008 are also going to see that money won’t be readily available.”

According to Ahsan Zafeer, a digital marketing professional, “China still dominates the overall unicorn list in Asia. On the other hand, Pakistan has only three unicorns in the form of Careem valued at $3.1 billion, Afiniti at $1.6 billion, and Keep Truck in valued at $2.3 billion. However, these companies have either been started by non-resident Pakistanis or are headquartered outside the Country. Pakistan still awaits its first home-grown unicorn.”

We as a nation have to build favourable infrastructure and an all-encompassing mentoring programme to nurture innovative startups and facilitate them to join the club of unicorns to exhibit strength and potential of our economy and supporting systems.