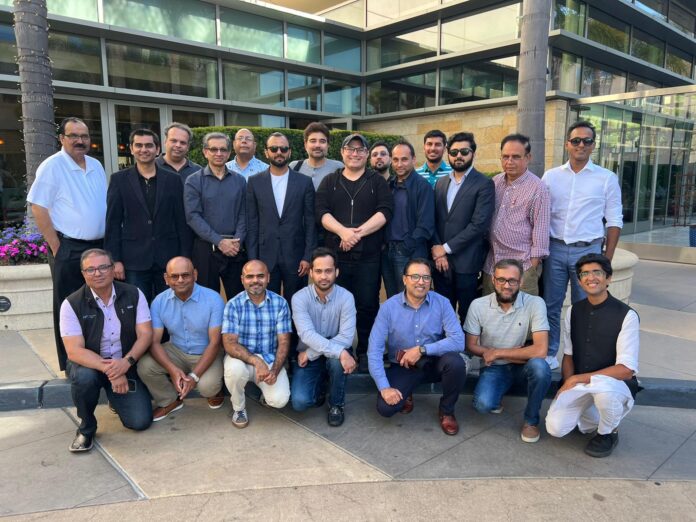 ISLAMABAD: Ambassador-at-Large on Investment Zeeshaan Shah visited Silicon Valley of the USA and showcased the vibrant economic opportunities Pakistan’s IT market offered for the world.

Pakistan’s Honorary Ambassador at Large on Investment Zeeshaan Shah visited the worlds IT Mecca home to global giants including, Facebook, Microsoft and Apple.

Zeeshaan engaged with a number of leading entrepreneurs and sector professionals in Silicon Valley where he discussed Pakistan’s IT sector and invited them to be part of it.

Engagements were held at the Four Seasons Hotel Palo Alto through out the day including meetings with a leading developer of data centres who are interested in investing up to $100 Million USD in Pakistan.

Shah outlined in the meetings that Pakistan’s IT sector was a sleeping giant which is now starting to reach its true potential. IT exports have shown exponential growth growing from $400 Million in 2012 to $2 Billion+ in the last financial year.

He especially thanked the American Pakistani diaspora for the role they played in bridging the gap between Pakistani companies and Pakistan’s largest export market the United States of America.

He went on to explain that Pakistan presents a phenomenal Virgin opportunity, with amongst the world’s youngest populations, a tech savvy, smart phone using population of almost 220 Million consumers.

Pakistan can learn from the principles of the United States’s success in the modern world, by utilising their energies towards science, innovation and technology, to lead Pakistan into the 21st century as a valuable AND progressive contributor to the global economy.

Shah will be attending the leading global investor network OPEN Silicon Valley’s annual dinner whilst in the Bay Area in addition to closed door engagements with industry leaders.