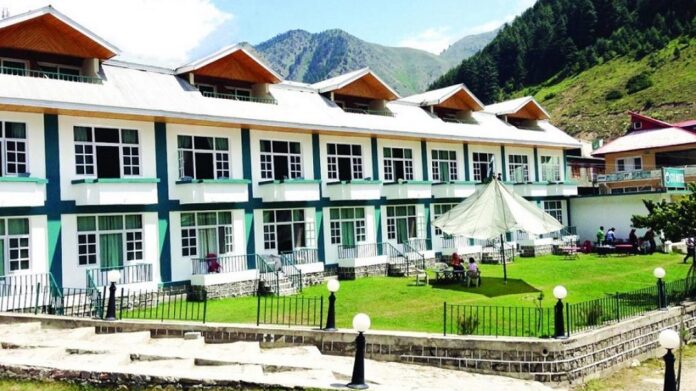 PESHAWAR: The Khyber Pakhtunkhwa (KP) Chief Minister Mahmood Khan directed directed the tourism department to workout a strategy within a week for outsourcing the feasible rest houses and other assets already handed over to tourism department.

The Chief Minister directed that revenue generation plan for such assets to be outsourced. He was chairing a review meeting regarding development projects in tourism sector of the province on Saturday. He also ordered immediate ban on construction activities in tourist destination of the province until master planning is finalised to stop haphazard constructions.

Briefing the meeting about progress on projects of road infrastructure in tourist areas, it was informed that tenders of 22-km Mankiyal to Baddha Serai Road and  24-km Thandiani Roads have been issued and practical work would start soon. Both the projects would be completed with an estimated cost of Rs7.8 billion.

The meeting was informed that the KP Integrated Tourism Development Projects had been launched with an estimated cost of Rs17 billion to develop new tourist spots, construct access roads to tourist destinations, rehabilitate the existing tourism infrastructures and enhance the capacity of tourism departments for sustainable development of tourism sector in the province.

The CM was told that concept papers and master planning of Integrated Tourism Zones had been cleared by the competent forum which would soon be handed over to Culture and Tourism Authority for further progress. Similarly, Destinations Investment Management Plan have also been cleared and the same will be handed over to the special purpose development authorities by the end of this month.

The meeting was further informed that so far an amount of Rs1.6 billion has been released to various special purpose development authorities to boost  tourism activities.

The Chief Minister directed for joint meeting of all the stakeholders including tourism department, Communications and Works Departments, Irrigation Department, Forest Department, divisional and district administration and local development authorities to resolve inter department issues so that tourism development initiatives could be completed in an efficient manner within stipulated time.