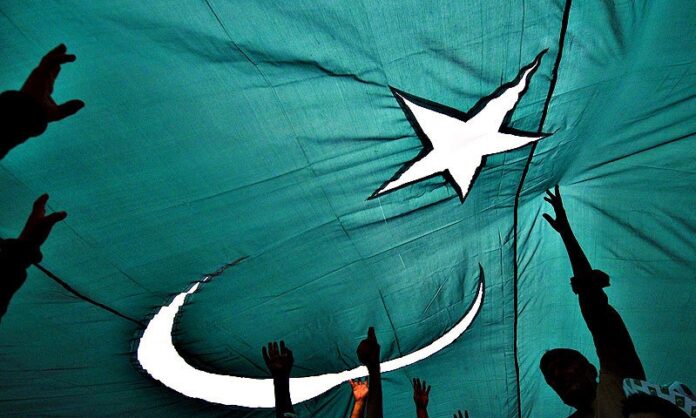 In the 2018 elections, the Pakistan Tehreek-e-Insaaf (PTI) was termed by opposition political parties as a ‘selected’ government. In 2022, the same situation is seen where 13 parties made every effort to oust the PTI government, and eventually, after a vote of no-confidence, a coalition government under the premiership of Shahbaz Sharif is formed.

Here, the term ‘selected’ takes a different interpretation by the current government. The new government is taking the meaning of enjoying the mandate of the majority people, whereas, in ‘Naya’ Pakistan, the Army was claimed by the opposition to be a part in the formation of the government back in 2018. PPP chief Bilawal Bhutto-Zardari, after winning the no-confidence vote in Parliament, welcomed all by saying ‘welcome to purana Pakistan’.

The discussion required here, is why go back to old situations again. Every new day is there to correct oneself and think better than the past. My apologies for this statement as I don’t agree with this. May Allah bring prosperity and peace to the country with healthy political competition without personalizations. The push and pull can be witnessed in the current political situation, where simultaneously three major parties, the PTI, PML(N), and PPP can be seen addressing large gatherings in different cities to prepare their voters. The atmosphere of an election campaign is being made which is a positive sign for expected upcoming elections.

As such, the elections are not announced officially. According to PML(N) Vice President Mariam Nawaz, the elections will be decided by Nawaz Sharif from London. It is seen recently that PML(N) key leadership also visited London on an official trip to discuss the political situation with their leader Nawaz Sharif.

All political parties must undertake a healthy competition without compromising national integrity and security. Additionally, the Pakistan Army has always been a strong pillar for our country and from time to time releases statements asking to be kept away from politics. Prayers for this institution’s stability and status as it always has been and will be there in future also.

It was expected the new government would announce its policies and relief packages for the citizens to give a little comfort from inflation instead of visiting abroad. The goods’ prices are seen rising day by day, and comfortable relief packages are not seen to be introduced soon. The focus is seen on campaigns instead of releasing any firm policies and packages. Is the current situation heading towards the formation of an interim government? If this happens, it will be good to blow out the fire and take the country to a neutral stance through the election via an interim neutral government.

In fact, Pakistan has inherited a democratic political system from its past but has been unable to show or adopt a democratic culture. The reason behind this is injustices and authoritarian policies where the questioning of democratic values, and policies are weakened behind the powerful voices. It’s a tug-of-war culture in Pakistani politics and whosoever puts his effort or raises his voice, the continuous struggle will be required to take the stance forward.

The new government is seen taking aggressive steps against criticism through journalists who have raised their voices in favor of Imran Khan’s step not to bow in front of outsiders on receiving an official letter from the USA. In the current situation, the prominent issues that emerged and should be tackled immediately are political polarization, press freedom, and rights, institutional harmony, performances, policymaking, directiveness, national security, peace, and perceptiveness instead of serious personal characterization. It is seen that the current dollar rate is Rs.194.7 after the change of government in the interbank market which was Rs. 184 in April in the last government, according to the State Bank of Pakistan.

However, the raised charges are seen for freight, petroleum, and food items especially wheat, sugar, oil, spices, tea, pulses, and so on. The recent war of Ukraine-Russia in this regard has left a deep impact on food items as South Asian countries are mostly dependent on staple food that is wheat from Ukraine and due to blockage of routes, the delivery is disturbed. The new government has serious issues to deal with and has to introduce relief packages for the masses. Worldwide food prices are raised and also affected the domestic prices such as soybean oil import increased by 101.96 percent in value and 9.30 percent in quantity in 10MFY22 within a year, and wheat import fell 19.12 percent to 2.206 million tons in 10MFY22 which was 3.61 million tonnes in 10MFY21. In April, there was no wheat import due to the war crisis.

On the political front, the recent energetic crowds at Imran Khan’s gathering show the support worldwide for his stance and no compromise on the national security and involvement of external forces in the internal politics of Pakistan. There is appreciation for his straightforwardness and no compromise on these terms. A popular slogan ‘absolutely not’ has become widespread.

All political parties must undertake a healthy competition without compromising national integrity and security. Additionally, the Pakistan Army has always been a strong pillar for our country and from time to time releases statements asking to be kept away from politics. Prayers for this institution’s stability and status as it always has been and will be there in future also.