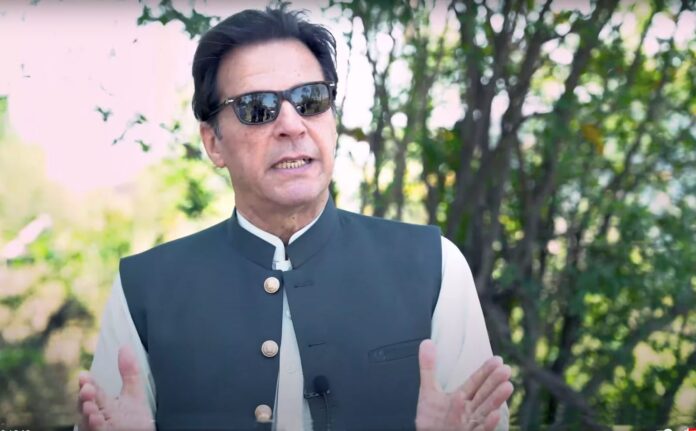 Sources have informed this scribe that the prime minister’s direction came during debate on an argument between Advisor to the Prime Minister on climate change Malik Amin Aslam and State Minister Zartaj Gul at a recently held conference in Glasgow, USA.

The matter brought to the public eye by MNA Riaz Fatiana who also attended the conference through an NGO. The PTI later issued show cause notice to Riaz Fatiana for violating party code of conduct.

The federal cabinet meeting discussed the matter Tuesday prompting Prime Minister Imran Khan to direct that no minister should visit abroad in next three months. According to the sources, the Prime Minister also took notice of the statements made by the cabinet members and MNA regarding the Glasgow Conference.

The sources quoted Imran Khan telling the cabinet members that during next few months are critical and key decisions would be taken regarding the economic affairs. Hence, the sources said, the premier said that the government is facing various challenges and hence the ministers should remain in the country.

Moreover, the sources further said that the Prime Minister had taken strict note of the remarks of some PTI leaders regarding the climate change debate in Glasgow and called the remarks regrettable. Khan also congratulated climate change adviser Malik Amin Aslam and said that thanks to his efforts, Pakistan’s performance at the conference remained at the top. Khan also called out party leaders who made controversial remarks regarding the Glasgow conference.