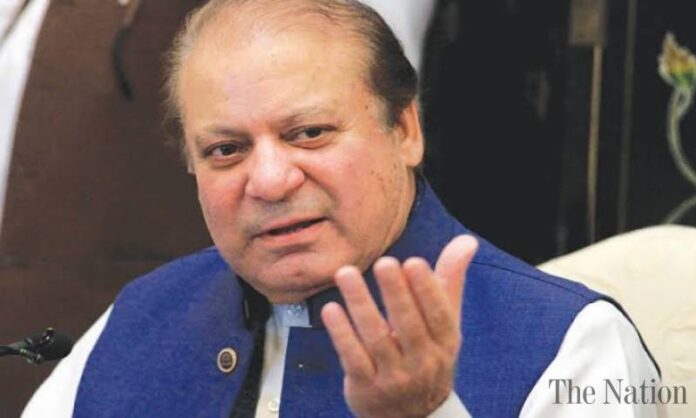 A banking court in Lahore on Friday gave directive to put names of Nawaz Sharif’s close relatives to the Exit Control List (ECL), while adding that their CNICs should be blocked for being bank defaulters.

Earlier, a petition was filed against Kashmir Sugar Mills. During the hearing, the counsel argued that the owners of mills obtained the loan in 2013.

The counsel prayed that the owners Hasnain Tariq Shafi, Mian Pervez Shafi and Khaleda Pervez from Kashmir Sugar Mills gave a guarantee for the loan, while Zahid Shafi, Ali Pervez, Javed Shafi, and Ibrahim Tariq in this regard, gave a personal guarantee.

The owners of sugar mills had mortgaged 217,400 sacks of 50 kg sugar for the loan but the accused stole the mortgaged stock to avoid payment of the bank dues, the lawyer further pleaded before the court.

“Kashmir Sugar Mills was declared a defaulter on March 26 for non-payment of the loan. Criminal action should be taken against Mian Shahid Shafi and other cousins ​​of Nawaz Sharif for disappearing’ the mortgaged stock of the bank from Kashmir Sugar Mill,” the lawyer stated.

Adding to that, the banking court also ordered the entry of names of close relatives of former PM, Nawaz Sharif in ECL and blocking their CNICs.

LAHORE: As a result of action taken on the orders of Punjab Ombudsman retired Maj Azam Suleman Khan, a 14-marla commercial house/land of one...
Read more
CITY

Police have registered a case against a group of people, including some lawyers, for assaulting a woman within the premises of a court in...
Read more
LAHORE

The Punjab government on Monday announced that schools in Lahore will remain closed for three days a week from November 27 to January 15...
Read more
- Advertisment -

November 29, 2021
GENEVA: The Omicron variant is likely to spread internationally, posing a "very high" global risk where Covid-19 surges could have "severe consequences" in some...