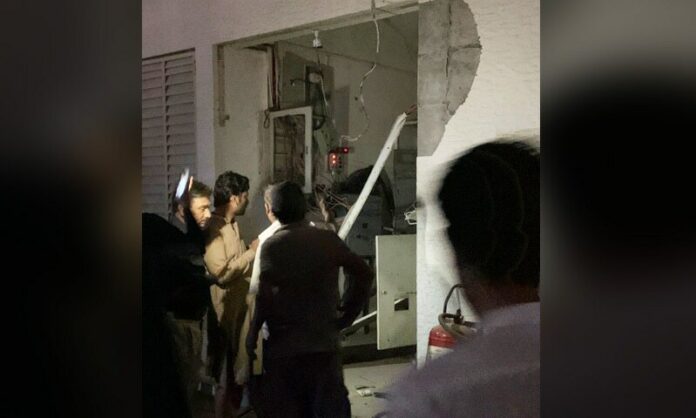 At least four people died and six others suffered injuries in an explosion in North Nazimabad area of Karachi on Friday.

According to a news outlet, Deputy Inspector General West Zone Nasir Aftab confirmed the number of lives lost in the incident and said that the explosion occurred at an electric room of a petrol pump near Abdullah College.

He ruled out the possibility of sabotage and said that the incident appears to be an accident.

However, according to the police, the report of the bomb disposal squad will reveal the facts.

A spokesperson for Edhi, which shifted the dead and the injured to Abbasi Shaheed Hospital, said that all the deceased were men.

Another police official told a media outlet that a “cylinder blast” was occurred at a Byco petrol pump in North Nazimabad and the police are investigating the incident.

Meanwhile, Karachi Administrator Barrister Murtaza Wahab expressed grief over the loss of lives and directed the concerned officials to provide the injured with the best possible medical treatment, besides vowing to present the facts after the inquiry is completed.