Woman who delivered septuplets loses six out of seven in Abottabad 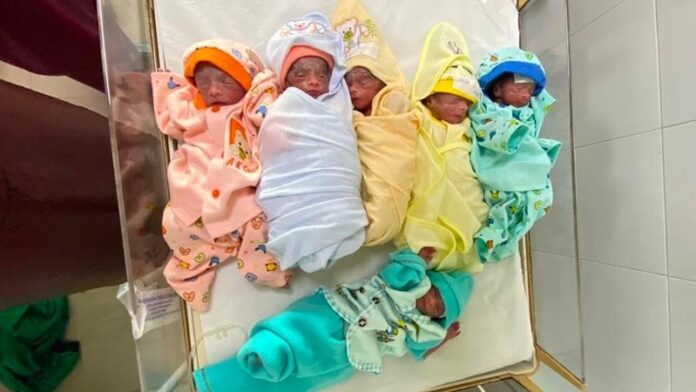 ABOTTABAD: A woman who gave birth to septuplets has lost six out of seven of her newborn babies at Jinnah International Hospital Abbotabad (JIHA)

At the pediatric nursery ward of Ayub Teaching hospital, five of the seven newborns passed away at a private hospital, and the remaining two were shifted to their hospital as their condition remained unsatisfactory.

Dr Ijaz Hussain serving as the in charge of the pediatric ward at the hospital stated that the sixth baby passed away on Tuesday due to premature birth-related complications. The seventh baby is currently under treatment.

Raja Mahboob Janjua, the hospital’s Administrator that one baby boy, who was in an incubator since he was born, died after just two days.

Gynecologist Dr Hina Fiaz, who performed the complicated surgery on the woman said, “The woman was using a certain contraceptive which led to the maturity of more eggs and resulted in more pregnancies at once”.

“The ultrasound and other reports had suggested the mother was pregnant with five children and she was in her third trimester,” the doctor revealed.