Survival of the dumbest?

On the curse of the camera 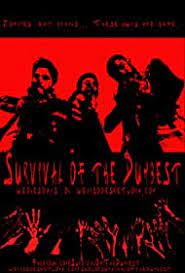 While the world grapples with Covid-19, let us consider another pandemic that in the long haul is arguably more terrifying. Posting on the social media minute details about their whereabouts and activities is becoming a way of life for an ever-increasing number of people. Restaurants visited, food eaten, sights seen, gates checked in, and buses boarded are all reported in real time as a matter of course. These bulletins are duly supported by photographic evidence lest anyone doubt the veracity of the running commentary. A whole generation and more has become accustomed to seeing things, not through their own eyes but, through the eye of the camera.

This is indicative of an unconscious preference for being somewhere other than where one happens to be, spatially as well as temporally. What matters is not now but a later undisclosed date when one will supposedly cherish the present ‘wonderful’ moments, which, if they were nearly as wonderful, one would have savoured now instead of worrying about capturing them on camera. Similarly, what matters more than real life is one’s persona on the social media where others must know how awesome one’s life is; so awesome that instead of living it, one is thinking of the future or of social media ‘friends’, or of Timbuktu – anything but the here and now.

Psychologists have a great deal to say about those who are obsessed with the desire to impress others. But it hardly requires Freudian or Jungian psycho-analytical skills to know that the strength of the desire to impress is inversely proportional to how good one feels about one’s life. Though these are ancient problems, instant photography has taken them to the next level.

Through long decades following the invention of the camera there was a limit to the number of photographs you could take. Each click costed money, and there were only so many photos in the reel. This changed with the digital camera, but things remained relatively under control because everybody did not own one and those who had it did not have it handy all the time. Enter the cell-phone camera, which proved to be the death knell for the old-fashioned notions of living in the moment and enjoying things while they were happening. Thus, started the era of recording every trivial detail for the benefit of posterity; and of perpetually looking forward to a distant day when one would look back fondly at one’s past. The fact that it costed nothing meant that people could now go berserk if they wanted. They did not need a second invitation. This coincided with universal access to the social media, and the rest is history. Everything is now viewed as a potential social media post.

Modern day children get access to cell phones before they are toilet-trained, so they can hardly be expected to know any better. They observe their seniors taking the silliest photos and posting them on the social media all the time. It would be an especially heroic youth who grows up to become any different from those he finds himself surrounded by.

Exceptions are few and far between. A friend comes to mind who reformed a common friend (who was addicted to giving up-to-the-minute updates on his exciting life) by posting two-letter replies to all such updates. Every time he saw the status ‘At Restaurant X’, or ‘Eating Y’, or ‘Checked into airport Z’, he posted ‘Ok’. The frequency of the updates dropped, and soon they disappeared altogether. Our friend remains cured to this day. But such success stories are rare; and for every man who sees the folly of his ways, there are probably a million who join the happy club. Which makes it a losing battle.

Modern day children get access to cell phones before they are toilet-trained, so they can hardly be expected to know any better. They observe their seniors taking the silliest photos and posting them on the social media all the time. It would be an especially heroic youth who grows up to become any different from those he finds himself surrounded by. But something had to be seriously wrong with the generation that got hooked on this lifestyle in adult life. Something important must already have been missing from their lives for them to make the camera the focal point of their existence. A man who has a genuine and meaningful interest in life is unlikely to be obsessed with mindless trivialities. Despite all its ennui, unpleasantness, even tragedy, life is likely to continue being fascinating to him on account of his interest. Not looking to shy away from reality, he does not have to cling to meaningless distractions.

What is especially alarming in all this is that the photos, instead of being about the world and all the exciting things in it, overwhelmingly revolve around the ego – my clothes, my food, my flight, my life… This narcissism, so accurately summed up by the word ‘selfie’ (another gift of the camera-culture), is diametrically opposed to a healthy attitude toward life that looks outward instead of constantly admiring self. Life is hardly something to be spent standing in front of the mirror. Yet it appears that this is practically all everybody does now.

To be fair to the camera, it has its positives as well. For example, if not for the camera, how would the new generations know what Gen Zia looked like. It would be safe to conclude however that on balance, weighed against its cons its pros come off a clear second best.