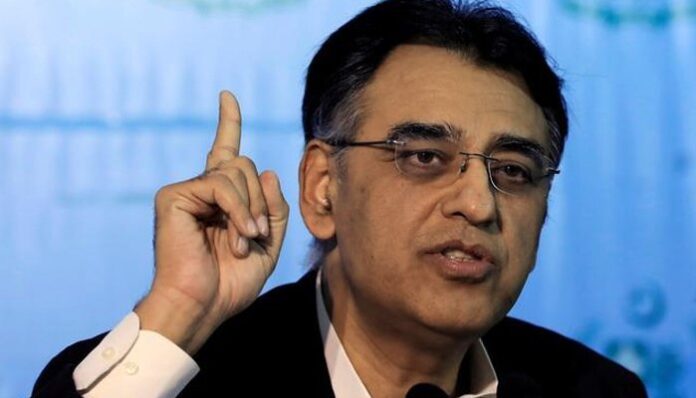 Minister for Planning and Development Asad Umar has said that across the board accountability, independent judiciary, rule of law, free media, and a vibrant parliament are necessary for a strong and robust democracy.

Addressing a ceremony in Islamabad on the occasion of International Democracy Day, Asad said democracy in Pakistan is becoming stronger as political parties are fully active in the country.

He said media is also enjoying full freedom in Pakistan as it is free to criticise the government but there should be a difference between fake news and truth.

Speaking on the occasion, National Assembly Speaker Asad Qaisar said the government is taking measures to strengthen democracy and democratic institutions in the country.

He said legislation is the focus of the government and the prime responsibility of the parliament. He said government tabled 145 bills, while 266 bills were moved by the private members in the National Assembly in last three years, which is a record in the parliamentary history of Pakistan.

Speaking at the ceremony, Minister for Information and Broadcasting Chaudhry Fawad Hussain urged media to play its due role in promoting quality democracy in Pakistan.

He said only Prime Minister Imran Khan is striving for making his party, the Pakistan Tehreek-i-Insaf, a modern democratic party. He said all institutions should perform their duties as per law as no one is above the law.

Minister for Human Rights Dr Shireen Mazari said democracy in Pakistan has taken roots and gone are the days when it was derailed in the country. She said the people of Pakistan have rendered numerous sacrifices for the cause of democracy.

She said the government has taken unprecedented steps to protect human rights in Pakistan and legislation to check enforced disappearances in the country is a step forward in this regard. She said the bill for the protection of journalists is also ready.