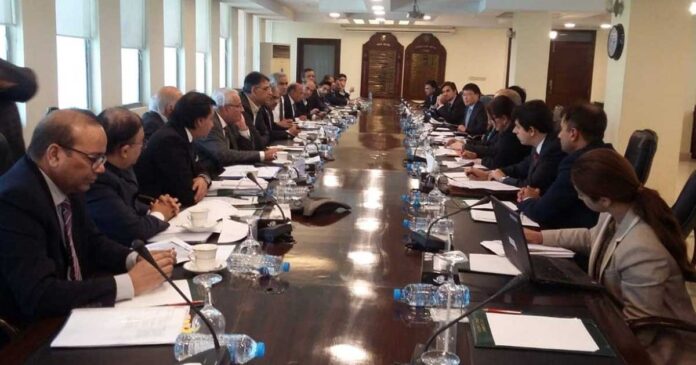 Understanding ground realities without having plans to improve them is a futile exercise. Unfortunately in the land of the pure, most people in positions of authority seem clueless, cover-ups and blame games continue, while the masses continue to suffer. The situation continues to be grim. In addition to control of the ‘Mafia’, there are serious capacity issues as well. Unless the situation on the ground improves, the party in power will have to face serious reelection challenges.

Hiding behind ground realities is a short-term fix. For change to take place, the status quo has to be challenged with effective short- and long-term plans.  As Chairman Science Foundation (PSF), I sat through several presentations to appraise me of the ground realities but almost no one had any plans to move forward. A time frame was given to come up with a future road map, failing which they would have to follow mine. To ensure implementation, daily ‘Operations Review’ and weekly ‘Progress Monitoring’  meetings were held. Those who were unable to perform were facilitated through training workshops. In every organization there are ‘Filibusters’ who have no interest in delivering. Such individuals have to be taken out of the mainstream and dealt with under the rules of employment. It is the responsibility of the Head of the Department (HOD) to formulate delivery mechanisms to provide relief to the public, which is currently lacking. I remember my first visit to the Children’s Complex in Lahore which was headed by the famous writer and poet, the one and only Amjad Islam Amjad. The Pakistan Museum of Natural History (PMNH), a subsidiary organization of the PSF, was assigned the task of building a Science Corner at the complex which was delayed. Amjad Sahib requested early completion of the project.

Hopefully the present regi, after three years in power, has now fully understood the ground realities. It is time to change them. Those who have either benefited from this turmoil or are hostage to it, and have to be weeded out of the system for the masses to move forward leaving the privileged class behind

I went back and called a meeting of the concerned wing. A completion date was mutually agreed to and conveyed to Amjad Sahib. A Gantt Chart was prepared with the start and end date of each activity which I personally monitored.  When the team started to fall behind schedule, I reshuffled the players. The project was delivered on time. Amjad Sahib could not believe the changed ground realities and personally thanked me for the effort.

The Cricket World Cup was planned for the Qaddafi Stadium in 1996. The city of Lahore was being prepared for the mega event. Several projects were launched by LDA under the leadership of its Vice Chairman, while Chief Minister Manzur Wattoo was the Chairman.

I was asked to assist in the timely completion of the projects. After a meeting with the LDA team, I was asked to submit a proposal which I did. During the sitting I asked a simple question, ” What do you do if the project schedule is not being met?”

The straight answer was, ” We stop the payment of the contractor “. Surprised by the answer I asked, ” What happens to the project “? Now the ground realities kicked in, “You don’t understand our rules “. The Ferozepur Underpass on the Canal Road was to be finished by August 1995 well ahead of the finals in March 1996 but it was delayed by over a year. The ground realities prevailed. Due to my line of approach, I was denied the consultancy though I offered to work on an honorary basis when my plan was approved on the condition of renegotiation of fee, but I was deliberately kept out for questioning the ground realities to which everyone seemed hostage.

The year was 1956, due to the Suez crisis, the Canal was blocked creating a serious shortage of industrial raw materials. The brilliant Hussain Shaheed Suharwardy was the PM while the able bureaucrat Ghulam Faroouqe was Chairman PIDC (Pakistan Industrial Development Corporation). In order to keep the wheels of industry turning, a summary was moved to allow import of materials on an emergency basis with exemption of audit and laid-down procurement procedures. The PM fully understood the ground realities and approved the request as a result the impact of the blockade was minimised.

Years later another elected PM Zulfiqar Ali Bhutto, in order to facilitate and expedite the Nuclear Programme, allowed the same exemption from audit. Now that the device has been delivered, it is prudent to bring it back into the audit regime as the nation can no longer afford the massive unaccountable expenditure. Ground realities now demand focus on education and health to build the nation.

The Prime Minister is correct in saying that change cannot come by flip of a switch. Unless the ground realities are improved through change of approach, the situation will continue to be grim. Man-made rules should be followed, but upgraded and amended if the situation demands. Focus should be on the results, which in the case of the Underpass was the timely completion before the final of the World Cup.

As a nation, it seems we are all being held hostage to the colonial era, corrupt to the core system which no one is willing to challenge and then change through an effective road map. Unfortunately in the land of the pure, there have been brief periods (1947 to 1958, 1971 to 1977) when serious efforts were made to improve the grim ground realities. Both the democratic constitutions (1956, 1973) were formulated to empower the masses, but the forces of the status quo thwarted all the genuine efforts.

The period between 1977 to 2018 has been disastrous. With no relief to the public, it has caused total collapse of most civilian institutions.  Instead of introducing reforms, the Sharifs of Gawalmandi relied on SROs (Statutory Regulatory Orders) for personal gains. A list of these SROs should be tabulated and reviewed for possible reformation of the system.

Hopefully the present regime, after three years in power, has now fully understood the ground realities. It is time to change them. Those who have either benefited from this turmoil or are hostage to it, and have to be weeded out of the system for the masses to move forward leaving the privileged class behind.