The SNC was not prepared properly 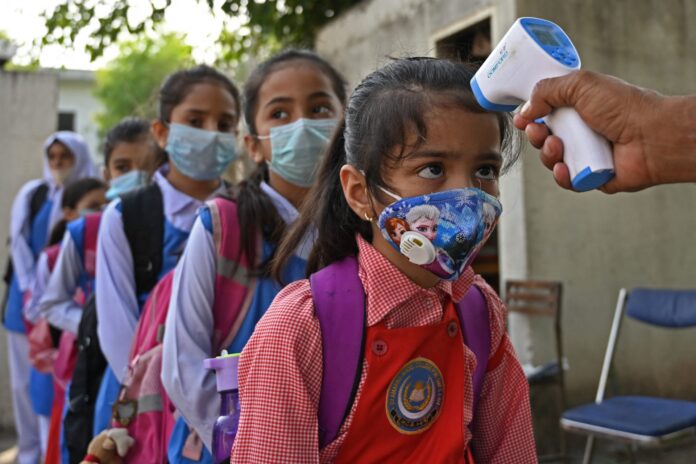 Since its launch, the Single National Curriculum has been marred by several objections and allegations. The focus has shifted from the significance and importance of the SNC to allegations and reservations of different stakeholders.

While the idea behind the SNC is laudable, the way the PTI government has handled the development and the dissemination of information related to the SNC has led to the imbroglio. What looked like a revolutionary step, is at the receiving end and has raised eyebrows of many from different walks of life.

Reforming an already embedded system is a gradual process. It cannot happen overnight. Reforms cannot be imposed. They have to be adopted systematically. First up, the foundation is laid and then the structure is gradually built on it. The incumbent government is trying to impose the change rather than creating among the masses the need for the change.

The PTI government, despite involving 400 stakeholders, making curriculum per the International standards, and spending three years on its development, could not prevent a controversy.

In the next two years, the PTI government has to deal with two problems: a) implementation of the SNC, b) criticism of, and objections to, the SNC. How it deals with these two problems will be of immense importance because the SNC is a step in the right direction (provided that it is acceptable to all) that will have a great impact on the future generations

PTI began its government in 2018 intending to reform education in Pakistan. The first concrete step in this regard came to public attention in August 2021 when the first phase of the SNC was launched.

Since then, it has been debated a lot. It has been discussed in talk shows, webinars and social media while scores of opinion pieces from highly capable persons belonging to different fields of life have been published.

Diverse opinions, perspectives and narratives are pouring in on the subject matter. Some are in favour while some are raising fingers on it. However, the government is committed to implementing it all over Pakistan.

The main objections raised are: a) its legitimacy and need after the 18th Amendment, b) its Islamic content, c) its implementation capacity, d) its capability to end education apartheid, e) its integration strategy.

While those who are in favour of the SNC are considering it as a revolutionary step forward that will end the class-based education system and deal with the difficult task of Madrassa reforms and their inclusion in the educational setup.

However, here the question arises whether the current state of confusion and chaos over the SNC after the launch of the first phase was unavoidable or it could have been avoided?

It could have been avoided if the incumbent government had taken a more inclusive route. Assuming power in 2018, the traces of information started to appear in 2020. And, the debate on the SNC reached its peak after its launch in 2021.

Had these three years been utilized to lay the foundation of the SNC, resolve the issues, and involve all stakeholders the things could have been different to what they are today. It is said so because despite the initial draft of the SNC being signed by all federating units and the private sector after a four-day National conference on the SNC held in February 2020 the SNC is facing resistance from federating units and the private sector.

The launch should have been built upon scores of events, webinars, workshops, talk shows, audio, video advertisements, more official media talks, and so on, so as to reach people, involve them in the process, provide awareness about the current problems and create in them a need for a uniform curriculum.

However, having said that, the dearth of information in the following years led to various misconceptions. For example, the SNC was perceived as the adoption of a unified syllabus and books all over Pakistan. Similarly, some assumed it as a unified education system.

Furthermore, the timing of its launch is also a cause for concern. The PTI government is into its 4th year now. The 2nd and 3rd phases of the SNC will be launched in 2022 and 2023 respectively.

With just two years remaining for the general elections, it will be a difficult task ahead for the government to fully implement and consolidate the SNC across Pakistan and lay a solid foundation.

There is every possibility that the SNC could very quickly become a thing of the past and could be lost in history if the government fails to implement it in its truest form or if it does not make it to the corridors of power in 2023.

Therefore, it is imperative for the current government to take into confidence the opposition so that whoever comes in power next can take the initiative forward by considering it as an issue of national interest rather than discouraging it.

However, in the next two years, the PTI government has to deal with two problems: a) implementation of the SNC, b) criticism of, and objections to, the SNC.

How it deals with these two problems will be of immense importance because the SNC is a step in the right direction (provided that it is acceptable to all) that will have a  great impact on the future generations.

As the government officials have marked that there are deficiencies in it and it will improve with a diversity of opinions. Therefore, it should be ensured that Pakistan moves in the right direction from here rather than moving back.