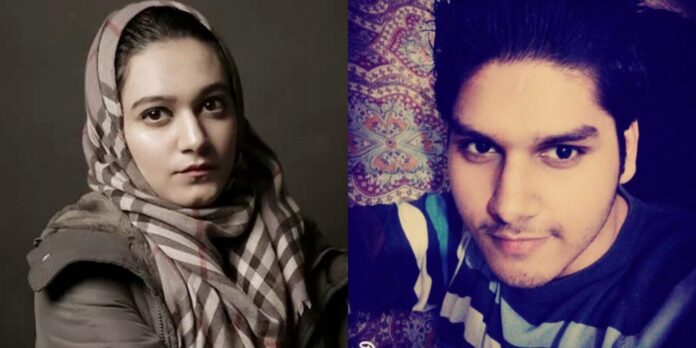 Punjab Prisons Minister Fayyazul Hassan Chohan, in a video statement released on Tuesday, said that Shah Hussain, who stabbed Khadija Siddiqui 23 times, was released early due “technical remissions” as per the “law and Constitution”.
According to Dawn, the provincial minister said that these concessions are granted for good conduct and blood donations. He also said that Hussain did not receive any relief in the form of legal remission from any official such as the president, the prime minister or the chief minister.
His response comes after raised questions over Hussain’s early release. Hussain was convicted and sentenced for five years in 2018 for stabbing law student Khadija 23 times.
A judicial magistrate had on July 29, 2017, sentenced Hussain to seven-year imprisonment under Section 324 (attempted murder) of Pakistan Penal Code (PPC), two years under Section 337A(i) (causing injuries), five years under Section 337A(ii), one year under Section 337F(i), three years under Section 337F(ii) and five years under Section 337F(iv).
However, a sessions court in March 2018 had commuted the rigorous imprisonment by two years awarded by the trial court to Hussain while setting aside other minor penalties.
Hussain, the son of a senior LHC lawyer, then appealed against his conviction in the high court and was acquitted in June 2018.
The LHC had on June 4, 2018 acquitted Hussain giving him the benefit of the doubt. The court had observed that the prosecution had failed to establish its case and the courts could not solely rely upon the statement of the injured witness/victim. The Supreme Court, however, had restored the sentence.
Last week, it emerged that he managed to secured an early release and served only three and a half years of his original sentence.
According to a notification issued by the superintendent of Central Jail, Lahore, Shah, now an ex-con, was released on July 17 after getting “remission admissible under the rules” and deposited approximately Rs0.3 million at the gate.
It noted that Hussain’s total sentence was five years of rigorous imprisonment in addition to various fines. Giving a breakdown, the notification said that Hussain was given “ordinary remission” of eight months and eight days.
He was also given annual good conduct remission (one month) and remission for blood donation (one month). Further, he was also given education remission (seven months and15 days). Therefore, the total remission granted to the accused was one year, five months and 23 days.
Khadija , the victim, took to Twitter on Monday, asking why she was not informed of the development and held Chauhan “responsible for allowing early release of my attacker”.
Separately, speaking on Geo News programme Aaj Shahzeb Khanzada Kay Sath on Monday, Khadija said that she was “surprised” when she heard of Hussain’s release.
“On what basis was he released, on what grounds and what remission he was given … I have no record of this,” she said, adding that she had written to the Punjab Prisons IG and the Punjab Prisons minister in this regard but had not received a response.
“Yes our prison rules allow remissions […] but a year-and-a-half? I have not seen such generous remissions,” said Khadija, herself a lawyer. She also questioned how her attacker’s remission was allowed when the Lahore High Court was observing holidays.
“There are cases pending in the Supreme Court and in the high courts for the past 12 years, so how can their cases be heard so quickly?” she asked.
Voicing his support, Jibran Nasir, the rights activist, called on Human Rights Minister Shireen Mazari to give answers.
“We aren’t asking something which requires a cabinet approval or passage of a new bill, not asking anything which may be beyond your individual powers. Can your office not even tell Khadija Siddiqui the reasons/grounds on which #ShahHussain was released early?”
Meanwhile, Khadija said that upon being informed of Hussain’s release, she submitted an application to the Lahore police chief for security. “However, I did not receive a response,” she said, adding that she had submitted a similar application a few months ago as well.
She further said that jail authorities neither made her a party in the case nor informed her about the developments.
“The Punjab government should have informed me or at least given me prior notice that [Hussain] is being given remission and whether I have any objections. I was not asked about anything,” she said.
Asking for the details of Hussain’s release, she said that it would be acceptable if it was legal. “If not, then I will pursue it through the available legal avenues,” she said.