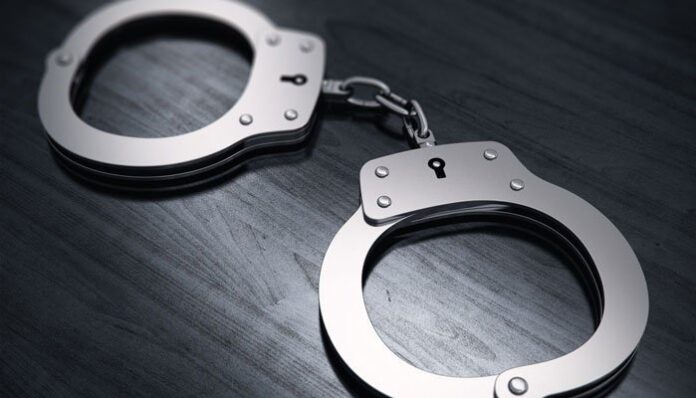 A man who forced a Hindu worker of the Thar coal project to mock and hurl abuse at his religious deities has been arrested by Mithi police in Sindh’s Tharparkar district, Dawn reported on Tuesday.
A case against the suspect named Abdul Salam Abu Dawood on behalf of the state at Mithi Police Station. The case has been lodged under Sections 295-A (deliberate and malicious acts intended to outrage religious feelings of any class by insulting Its religion or religious beliefs) and 298 (Use of derogatory remarks in respect of holy personages) of the Pakistan Penal Code on the complaint of Mithi Police SHO Inspector Mohammad Soomar.
The complainant, while referring to the video clip, stated that the suspect had forced the Hindu man, identified as Mukesh Bheel, to hurl abuses at his religion and deities.
The Hindu man was also forced to hurl abuses at his mother and sister. The police official said that the suspect had committed sacrilege of the Hindu religion, which had hurt feelings of the minority Hindu population and caused anguish among the community.
According to the SHO, the suspect had stopped Mukesh on a main road around five to six kilometres from Mithi near the shrine of Chutthan Shah and slapped him. He also grabbed him by the neck while forcing him to hurl abuses at his deities.
The video of the incident, which went viral on social media, shows the suspect hurling obscenities at a young man, who looks visibly shaken at the ordeal. The suspect repeatedly tells the young man to hurl abuses at the Hindu religion and deities, while also forcing him to say “Allahu Akbar”.
It was not immediately clear when the exchange was recorded, but on Tuesday, the video went viral on social media, prompting the Sindh government to take notice and order the police to arrest the suspect.
In a tweet, Sindh chief minister’s adviser Murtaza Wahab said the suspect had been arrested from Khoski in Badin district.
According to local journalists, Salam too used to work in the Thar coal project, but had been sacked some time ago. His Facebook profile still lists the Thar coal project as his employer.
Meanwhile, rights activist and PTI minority wing leader from Mithi Krishan Sharma appreciated the authorities’ swift response in registering the FIR against the suspect. Sharma said that Salam had tried to disturb peace through his actions, but the police had responded quickly.
He also lauded the response of the Muslim community, saying it would discourage those who wanted to create an environment similar to what is being witnessed in India. “We don’t want to see such an environment in our country [Pakistan],” he said.

May 23, 2022
PTI Senior Vice President Fawad Chaudhry Monday warned the government against using force to stop the "Azadi March" as the party prepares to head...