Power of arrest within premises granted to Punjab Assembly 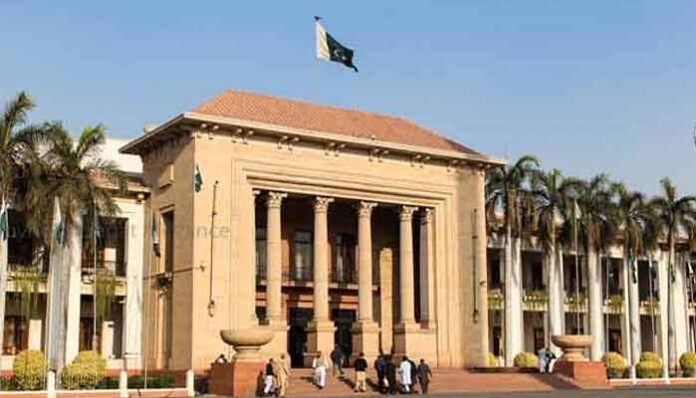 An amended law within the Punjab Assembly has given it powers to arrest and prosecute journalists, bureaucrats and lawmakers without a warrant, at any place within the “precincts of the Assembly”, which has been defined as the assembly’s courtyard, hall, lobbies, press galleries, and rooms.

The Provincial Assembly of the Punjab Privileges (Amendment) Act, 2021 was tabled by Pakistan People’s Party’s MPA Usman Mehmood as a private member’s bill, according to a report by Geo News.

It is noteworthy that the bill was neither on the agenda, nor was it sent to the relevant committee to be examined, and yet it was passed through a majority vote in the house without much resistance from the opposition parties.

Under the Act, Sergeant-at-Arms now has the power to arrest any person on the orders of the Speaker, to prevent them from acting in any manner in breach of privileges within the precincts of the Assembly.

The new law also allows for the use of “reasonable force as may be necessary” when making the arrests.

Now, the speaker “can in writing direct the arrest and detention in custody” of any member, meaning a journalist, bureaucrat and/or any lawmaker.

The act further calls for the establishment of a Judicial Committee of the Assembly, notified by the Speaker, to try offences and award punishments and the sentence passed by the Committee will have the same status as a sentence awarded by the Magistrate of 1st Class.

Reza Ali, a lawyer based in Lahore, told Geo that the Amendment Act can be challenged on the basis that it contravenes various legal provisions of the Punjab Privileges Act 1972, where the members of assemblies are immune from detention, whilst the session is pending.

“It also delegates excessive powers to the Speaker and the Presiding Officers and ultimately to the Sergeant-at-Arms to arrest a member, which is illegal.”

Ali added that under the Act only the Speaker can hear an appeal against the arrest of a member, which is a usurpation of a Judicial function. “The Act is liable to be challenged” in court, the lawyer explained.

For those convicted, the Act allows an appeal within 30 days, but to only the speaker of the Assembly.

The violations carry a number of sentences based on the purported crime. For example, using criminal force to obstruct, assault, threaten or insult any member or an officer carries a punishment of six months and/or fine.

Meanwhile, tampering with, deterring, threatening, or any way unduly influencing any witness with regard to evidence to be given by him before the assembly or any committee, can land a person in prison for one month and/or a fine.

A person presenting to the assembly or a committee any false, untrue, fabricated or falsified document means prison for one month and/or a fine. Meanwhile, willfully publishing any false or perverted report of any debate or proceedings of the assembly or any committee or willfully misrepresenting any speech made by a member before the Assembly is now punishable with imprisonment of three months and/or fine.

Moreover, casting or publishing any reflection upon the character or conduct of the presiding officer or any imputation of partiality against him in the discharge of his duties can land you in prison for three months.

Printing a copy of any act or ordinance or of any report, paper, minutes or notes of proceedings of the assembly or any committee, which in fact has not been so printed, is three months in jail.

In addition, publication of any proceedings or report of a committee before they are reported to the assembly or published in the official gazette is three months prison. Also, the creating or joining in any disturbance in the chamber or in a committee is three months.