Keeping businessmen out of politics 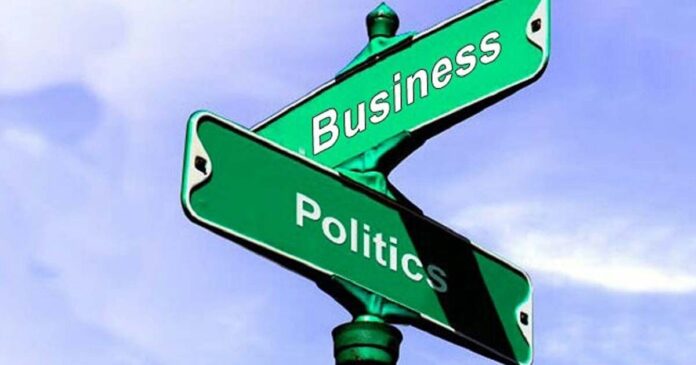 My father was a businessman and so was my grandfather. The family principles being:  Indulge only in business, do not seek  employment; finances must be interest-free; success comes through honest hard work.

Fortunately most family members did well in life, first in Ludhiana and then Lahore and abroad. Khawaja Brothers were the leading importers of watches in India. After partition they shifted to Lahore and re-established themselves in the new land. The first Martial Law in 1958 squeezed the space for honest upright businessmen. After an uphill battle for  an upright existence, my old man decided to wrap up his business in 1975. He advised his three sons to seek opportunities elsewhere as the environment was not conducive for fair business practices, as favouritism and nepotism had taken over. Despite all the challenges, only one fourth-generation link continues to produce wall clocks in the country, and the Khawajas of Ludhiana continue to live by their guiding principles of honesty and integrity with four generations of taxpayers.

When the first usurper decided to celebrate his Decade of Progress in October 1968, street protests started all over the country. Karachi, the first capital of Pakistan, was always against the ‘ Toadistan ‘ that emerged after Ayub Khan’s misrule had divided the nation into have and have-nots. Student protests started  there, followed by other major cities.

Dr Mahbub-ul-Haq came up with a figure of 22 families that had managed to control the wealth of the nation. Empire building had replaced nation building. Common good had become uncommon. The mighty Khan had to step down in March 1969, paving way for the first free and fair elections in 1970.  Mujib and Bhutto both won big on an anti-establishment platform. Following his Socialist agenda, Bhutto nationalized industries and banks. Most business empires were dismembered.

After the fall of the Bhutto regime, a new breed of businessmen were introduced into politics. Through the Chaudhrys of Gujrat, Ayub Khan had experimented with this approach, but it was limited in scope. To counter the progressive appeal of Bhutto’s party, Zia brought rent-seeking individuals into the corridors of power which has resulted in disastrous consequences.

Such a tight sieve would discourage entry of future businessmen into the political arena. It will also help in the neutralization and then strengthening of institutions. Politics will then be reserved for those who desire to serve and build their legacy instead of empires and estates, as has been the case in the last 40 years in the Islamic Republic of Pakistan. Business and politics cannot go together, the writing is on the wall.

Conflict of interest which was once closely watched was now totally relaxed to favour the favourites. While in the Ayub Model business and politics remained largely separate, but in the Zia Model they were combined and let loose on the nation to exploit its resources for individual good.

A new concept emerged, Khana (Skimming) aur Lagana (Spending ). In return for loyalty, skimming of public resources became a norm. Fearing democratic or public backlash like the 1970s, manipulative mechanisms were introduced to steal the mandate. Through the Islami Jhumoori Ittehad (IJI),  Mian Muhammad Nawaz Sharif and his team were launched at the federal level after the dismissal of the Benazir government in 1990. The province of Punjab had already been in their control since 1985, and now the entire country was handed over to them.

Currently there is a big debate on the realignment of the Rawalpindi Ring Road, and earlier a similar exercise was carried out in the construction of the Lahore Ring Road. To avoid scrutiny, the entire record was burnt.

The Chakri Loop on the M-2 Motorway is another big disaster. It has not only increased the distance between Lahore and Islamabad by over 100 km, but the road gradient poses a serious safety challenge to heavy transport that has to climb the Salt Range. M-2 has to be realigned to get rid of this loop which has been imposed on the entire travelling public to favour friends at the cost of the nation.

Business is driven by profit and opportunity, while politics demands service to the public. When businessmen enter the corridors of power the lure of making quick money becomes unavoidable. While Bhutto’s party still has selfless comrades in its fold, the PML(N) has none as generating wealth through political power is considered appropriate. A few years back I presented a paper at a Clean Energy Conference in Istanbul in which it was revealed that if global warming continues, half of the world’s species would perish by the end of the century. On my way back, when I arrived at the airport,  my friend, a prominent businessman of Lahore, was there together with his business friend, a prominent PML(N) MNA from Lahore.

Taking advantage of his presence, I requested the MNA to plead with his leadership to shun the coal-fired power plant in the agricultural heartland of Sahiwal. He showed no interest in my pleading, and on his lack of response, my friend calmly said, ” As their commission is already set, they will not listen to any logic “. Interestingly the MNA just smiled and presented no counter argument as it was considered kosher by him. Today the Sahiwal coal-fired Plant is an environmental disaster which must be relocated to save the city.

After their long stints in power, their influence runs very deep, and the list of beneficiaries is long. There is finally a talk about a Truth and Reconciliation Commission on the lines of South Africa, but it is not clear that these tainted businessmen would be willing to part with their usurped wealth,  There the crimes were committed under Apartheid Laws based on racism, and those who pleaded guilty were excused others were prosecuted under the law.

Financial corruption is a more complex issue, as it is very difficult for a businessman to part with his wealth. It is for this reason that less than one percent pay income tax in the land of the pure. Even prominent political businessmen shamelessly pay very little income tax while they continue to hold assets running into billions. Weeding out these bounty hunters is an uphill task, but it must be undertaken to protect the assets of the nation both current and future. An effective audit of pre- and post-1985  family assets is the way forward to separate those who served and the ones who plundered.

Such a tight sieve would discourage entry of future businessmen into the political arena. It will also help in the neutralization and then strengthening of institutions. Politics will then be reserved for those who desire to serve and build their legacy instead of empires and estates, as has been the case in the last 40 years in the Islamic Republic of Pakistan. Business and politics cannot go together, the writing is on the wall.