The two sides of the USA’s story

A nation of immigrants must be careful 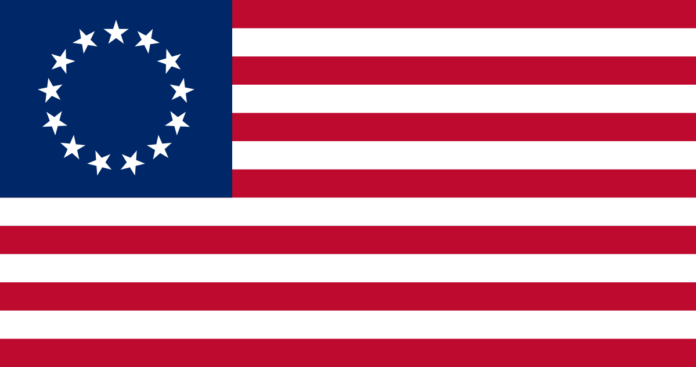 Speaking at the 100th anniversary of the Tulsa race massacre in which White mobs ravaged a prosperous Black neighbourhood killing as many as 300 Black Americans, President Joseph Biden observed, “We can’t just choose to learn what we want to know and not what we should know. We should know the good, the bad, the everything.”

The president was addressing the effort by some Republicans who are passing laws designed to eliminate lessons about the role racism has played in shaping our history and our institutions. They want students to learn only a mythic and rosy portrait of American history. This picture simply doesn’t match reality. It also doesn’t allow us to learn lessons from our legacy of racism.

The point Mr. Biden was making is important and can be applied to another area of our history– the way we have dealt with immigration and immigrants.

June is Immigrant Heritage Month, a time to reflect on our American story. It is a complicated one that deserves to be understood with “the good, the bad, the everything,” because it is full of contradictions that must be acknowledged and lessons that are still begging to be learned.

On the one hand there is the Statue of Liberty with her beckoning words:

“Give me your tired, your poor, your huddled masses yearning to breathe free, the wretched refuse of your teeming shore. Send these, the homeless, tempest-tost to me, I lift my lamp beside the golden door.”

Both sides of our story, the good and the bad, are true and both must be recognized. If we fail to acknowledge the dark side and the lessons we must learn from it, then we are vulnerable to repeating its sins again. At the same time, if we fail to acknowledge the good side, then we may succumb to despair and not realize that we can, as we have in every age, risen to challenge bigotry and set a new place at the welcoming table of America for those seeking refuge and opportunity.

Millions of individuals from every corner of the globe have responded to this invitation, coming to this country seeking refuge and opportunity. And for many communities, despite facing initial hardships, their American story has been a remarkable one of acceptance and transformation that deserves to be recognized.

As Jesse Jackson is fond of saying, America is a patchwork quilt of many hues. Look at the people who make us a nation. Look at our culture. Can one even speak about American food, style, fashion, humor, music, without seeing the profound impact of Italian, Irish, Scottish, French, Chinese, Jewish, Black, Latino, Arab, and so many other influences? And yet, so many of these same groups were scorned and had to struggle in the face of discrimination, only to leave their indelible mark on defining what America is and who we are as a people.

At the same time, we must acknowledge the dark side to our story. The very idea of America was conceived with two original sins: genocide and slavery. From the time the first immigrant/settlers arrived on our shores until the early part of the last century, we engaged in the theft of land from and the brutal extermination of indigenous peoples. And, for centuries, the largest portion of the USA’s wealth was derived from the fruits of slave labor. The continuing legacy of racism has led to further tragic distortions in our economy. Unlike Europe, where new immigrants form the underclass, in America immigrants come to a country with a preexisting underclass giving them an advantage in economic and social mobility.

But forms of racism and discrimination have also exacted a toll on each new wave of immigrants. In every age, we witnessed oftentimes violent movements of bigots who sought to define the USA as theirs alone. And so, in turn, Irish, Italian, Jewish, Eastern European, Chinese, Japanese, and others have experienced discrimination, racial stereotyping, and exclusion.

It is important to acknowledge this so that we understand that the contemporary experience of Latino, Asian, African, and Arab immigrants have predicates in our history.

At an Immigration Month celebration in Congress a decade ago, the members of Congress who spoke before me proudly noted that we are a nation of immigrants and appropriately decried bigotry against and efforts to exclude some groups of new immigrants. Each, in turn, denounced these behaviours as “not our values” and “not in keeping with our history as a welcoming nation.”

When it was my turn to speak, I took issue with some of these comments. Yes, I noted, we are a nation of immigrants. And yes, generations have been inspired by the welcoming poem inscribed on the Lady in the Harbour. But, I reminded them, we are also the nation that, in addition to our deplorable treatment of Blacks and Native Americans, also witnessed “Irish need not apply”; passed the “Asian Exclusion Act”; stole the properties of and interned Japanese Americans; lynched Italian Americans; and persecuted Jews as socialists and subversives. This too is our history, and we must own it.

Both sides of our story, the good and the bad, are true and both must be recognized. If we fail to acknowledge the dark side and the lessons we must learn from it, then we are vulnerable to repeating its sins again. At the same time, if we fail to acknowledge the good side, then we may succumb to despair and not realize that we can, as we have in every age, risen to challenge bigotry and set a new place at the welcoming table of America for those seeking refuge and opportunity.

In 2015, the government made public the figure of 16,329 persons having been detained under the Act since 1988, nearly all from Kashmir. India...
Read more
Comment

The regional response to the Afghan end game appeared as the last hope to pressurize the warring groups to agree on a peaceful settlement...
Read more
Comment

In the back-drop of the death of APHC leader Syed Ali Geelani, an icon of the freedom movement in Indian-Occupied Kashmir, and the inhuman...
Read more
Editorials

In less than a year into a growth spurt the country encounters powerful imbalances like a decline in the value of the rupee and...
Read more
Editorials

Despite all assurances and preparations to safely host international cricket in the country, one after the other, foreign teams scheduled to visit have bowed...
Read more
Comment

Hearing Professor Pervez Amirali Hoodbhoy’s concern about the dwindling numbers of ‘normal’ ladies in universities I was reminded of a video that became popular...
Read more