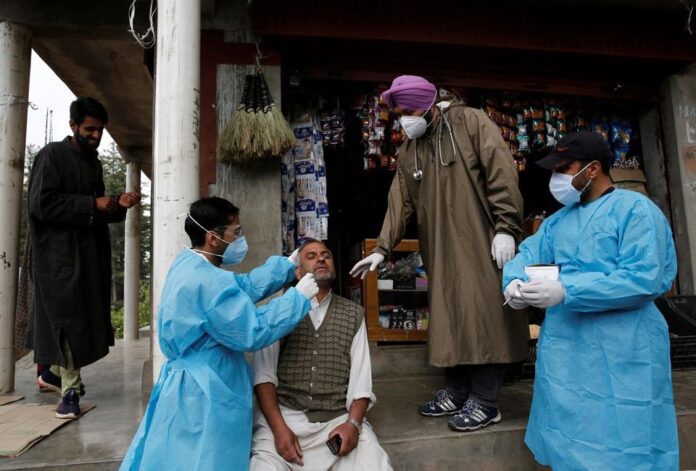 ISLAMABAD: Islamabad on Sunday recorded the lowest Covid-19 positivity rate over the past 24 hours in the current third wave of the pandemic.

According to the district health officer, the positivity ratio was recorded at 1 per cent in the past 24 hours in Islamabad. Only 34 cases were detected when the 3,226 samples were taken in the said period.

The official said as many as 500,000 people have been vaccinated against the coronavirus in the capital.

Meanwhile, the Covid-19 has claimed 56 more lives in the country during the last 24 hours, taking the nationwide death toll to 21,689.

According to the National Command and Operation Centre data, the total caseload climbed to 941,170 after 1,239 more people tested positive for the disease.

The 1,239 new infections emerged when 36,368 tests were conducted with the positivity rate recorded at 3.40 per cent, the NCOC said.

The Karakorum Highway between Chilas and Gilgit was again blocked for all types of traffic. The road was hit by landslides at Raikot to Lal...
Read more
ISLAMABAD

ABBOTTABAD: A man brutally slaughtered a woman and her two children in Abbottabad on Sunday, over an unknown reason. As per police, the dreadful incident...
Read more
ISLAMABAD

ISLAMABAD: The Gender Protection Unit of Islamabad Police have arrested a person on the complaint of his wife. Police officials told this scribe that Islamabad...
Read more
ISLAMABAD