Parents were corrupt, but we children are clean

Why a truth and reconciliation commission won’t work 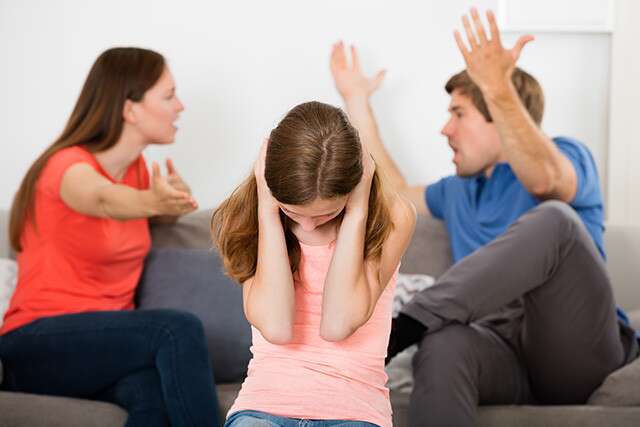 In the last four decades (1977 to 2018), the Islamic Republic of Pakistan has been plundered. Corruption at all levels has taken place. Despite clear proofs of impropriety, convictions have not taken place. Both the Sharif brothers have presented an unusual defence. The elder brother maintains that his two sons Hussain and Hassan received money from their grandfather, the late Mian Muhammad Sharif, to buy property in London. He as the Prime Minister (PM) holding the highest office in the land, had no role in this transaction.

The two boys claim immunity on the basis that they are no longer citizens of Pakistan, and as such the courts have no legal jurisdiction over them. The younger brother has not questioned the money laundering and wrongdoings of his son Salman Shahbaz and son-in-law Ali Imran, who now reside in the safety of London. As UK and Pakistan do not have an extradition treaty, so despite the fact that they have been declared absconders they cannot be brought back to face the legal process. It is alleged that some of these transactions took place from the Chief Minister’s Secretariat during the term of Shahbaz Sharif.

It is an interesting situation, corruption above and below, yet the in-between-public-officeholders moving the levers of power remained clean. Either the term ‘I know nothing, I see nothing’ applies or the famous Punjabi proverb holds where a blind man distributes the bounties to his own household. In other words the two Sharif brothers maintain that as we saw nothing don’t question us, if our family members used our influence to their advantage we are not to be blamed. Parents are now in the grave and the beneficiaries are out of reach, how can we be held responsible for the corruption that we never committed?

In such a situation the common law seems helpless as there has to be an open trial and witnesses for the court to reach a decision, in the absence of which the entire legal process is stalled. I am reminded of the famous Chicago gangster Al Capone who operated in the early part of the last century and escaped conviction as he physically eliminated anyone who dared to appear as a witness against his crimes. Finally the Internal Revenue Service (IRS) got him on having assets beyond means. He was imprisoned for tax evasion, his empire collapsed, resulting in his death in captivity.

The accused arrive in the courts to hero’s welcome with their supporters and friends and are then granted bails on the basis of which they claim exoneration. With victory signs the corrupt claim their innocence and also ignorance, and the show goes on with a clear message, prove our guilt or forever remain silent as the money is in the safe hands of our next of kin for which we carry no blame or remorse.

On the style of South Africa, a ‘Truth and Reconciliation Commission’ was proposed in the Charter of Democracy (COD). The idea has been revived again. In such a set-up one has to admit to the sins committed while in office and then ask for forgiveness. Those who were called and did not confess had to face the legal process. Personally, I don’t think our Sharifs, Zardaris, Chaudhrys and so on are willing to confess as they maintain that they did nothing wrong while their personal empires grew multifold in the period that they were holding public office. As President, PM, CM they kept on playing the Nero’s flute while the country was being robbed by their own kin and all civilian institutions were made to collapse through personal need based SROs (Statutory Regulatory Orders).

In order to clean the stables I am all for clemency provided the corrupt admit their crimes and vanish for good. Conviction through Common Law and weak prosecution is almost impossible as we have seen in the last three years.

There was a time in the land of the pure when individuals holding public offices would quit even if they were  accused of wrongdoing or misuse of power or perk. Conflict of interest was carefully watched. State interests were considered supreme. The first PM did not even claim a personal residence in the new land. The family of Nawabzada Liaquat Ali Khan had no place to live after his assassination in 1951. The same holds true for Khawaja Nazimuddin, the person who replaced him. There was a minister from the Eastern Wing who resigned when he found out that his office had paid the bill for his personal telephone. Abdur Rab Nishtar as Punjab Governor kept a log of his personal telephones and paid for them out of his own pocket.

The Pakistan Steel Mill  (PSM) was the pride of Pakistan at one time. Instead of expanding its operations to attain self-sufficiency in this vital sector it was shut down during the regime of the Iron and Steel Businessmen, or ‘Lohars’ as they are called in Lahore. Those who run personal businesses profitably drive the state owned enterprises into the ground for vested interests.

Those who seek public office must work in common, not for the individual good as has been the case in Pakistan. To control their kin is also part of their official conduct. Captain (R) Gohar Ayub Khan had a scooter loan when his father took control of the country. He then managed to enter the ranks of the famous 22 families who monopolized the wealth of the impoverished nation.

Almost the entire Sharif family  is facing corruption charges, including Maryam’s husband Captain (Released) Safdar Awan. Then Shahid Khaqan Abbassi who now owns his own airline after heading the national Air Carrier PIA which was driven into the ground, is also accused of corruption. Under the most unfavorable power purchase agreements, the country is producing  unaffordable electricity together with the out-of-reach LNG (Imported Liquified Natural Gas). The entire sugar sector is controlled by the political families who are spread over almost all parties. While the loot and plunder continues the nation helplessly watches.

The accused arrive in the courts to hero’s welcome with their supporters and friends and are then granted bails on the basis of which they claim exoneration. With victory signs the corrupt claim their innocence and also ignorance, and the show goes on with a clear message, prove our guilt or forever remain silent as the money is in the safe hands of our next of kin for which we carry no blame or remorse. ” Reach them if you can”. Pakistan Zindabad.