Israel, the country that was supposed to live up to its founders’ vision, has betrayed the tenets of that vision 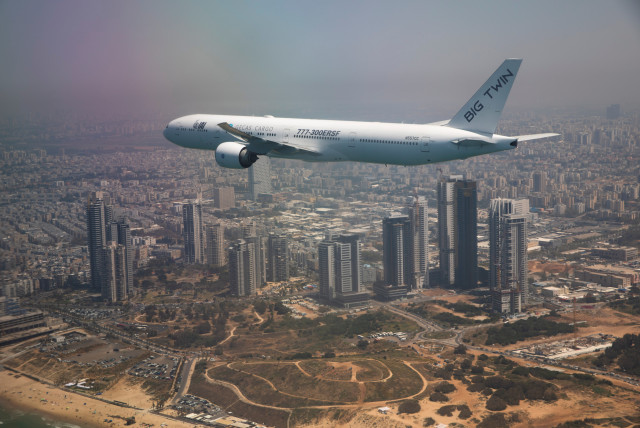 Israel’s founders had a vision—a vision that defied millennium-old persecution, discrimination, oppression, and death. A vision of a country, free and democratic, anchored on moral values, signified by its social equality and justice. A compassionate and caring country that offers a home—a refuge—for every Jew to live in peace and security, and together prosper with other fellow citizens regardless of their creed, color, or race. These were the ideals behind Israel’s creation and its very reason for being.

Although I have personally borne witness to Israel’s socio-economic disparities and discrimination, it is still shocking to find out that 23 percent of its population are subjected to poverty and despair. This puts successive Israeli governments to shame for their moral failure to address the country’s debilitating poverty, and subjects another new generation of young Israelis to a grim future.

Israel, the country that was supposed live up to its founders’ vision, has betrayed the tenets of that vision, which threatens its very existence. Indeed, the nearly two million Israelis who live under the poverty line are the enemy from within as they erode Israel’s socio-economic and moral foundation, which are far more ominous than any of Israel’s external enemies.

What is most troubling is that successive Israeli governments have completely neglected the plight of those living in poverty, as if it were a natural phenomenon about which not much can be done. Whereas Israel is spending hundreds of millions on the building of settlements and as much for their defense, it has left many poor communities to rot in place. Hundreds of thousands of poverty-stricken Israelis are living hand-to-mouth and frequently go to sleep hungry.

Moreover, longstanding biases in Israeli society continue to financially affect citizens today. When Jews were expelled from Middle Eastern countries in the 1950s and 1960s, the Israeli government first placed the refugees into miserable transit camps, then resettled them into the country’s poorest neighborhoods, where many of them still live today.

It is hard to fathom how in a country that boasts about its technological advancements, scientific breakthroughs, economic prosperity, and military prowess, 23 percent of its population lives under the poverty line.

The sad reality is that the Mizrahim (Jews of Middle Eastern and North African descent) were discriminated against from the day of Israel’s inception, whose Ashkenazi (European Jewish) leaders viewed them as intellectually inferior, “backward,” and “too Arab,” and treated them as such, largely because the Ashkenazim agenda was to maintain their upper-class status while controlling the levers of power, which remain prevalent to this day.

This discrimination has also been widespread in the military, which was supposed to be the country’s melting pot but failed dreadfully. Ethnic background played a significant role in determining where a new recruit will be assigned. Ashkenazi Jews were largely assigned to pilot courses or elite units with the prospect of becoming top military leaders. Conversely, the Mizrahim were assigned to serve in supply depots, as office boys, cooks, and sentries. This has a direct impact on the earnings of the individual once they leave the army, as the “person’s role in the army is often a key criterion when they apply to university or want to land prestigious job.”

According to a January 2021 report, issued by the Israel National Council for the Child, approximately 57 percent of ultra-Orthodox and 46 percent of Arab-Israeli children were living under the poverty line. The poverty rate has only grown worse with the advent of the coronavirus pandemic. As of January 2021, the poverty rate is an appalling 29.3 percent, with 850,000—more than three-quarters of a million—families living below the poverty line. That number tragically includes close to 900,000 children living in poverty.

The greatest heartbreaking outcome is that for yet another generation of Israelis, growing up in these debilitating conditions has a direct effect on their cognitive development. A 2015 study published in Nature Neuroscience found that “family income is significantly correlated with children’s brain size…increases in income were associated with the greatest increases in brain surface area among the poorest children.”

Israeli leadership often boast about Israel’s military prowess, advanced technology, resourcefulness, and ability to face any enemy and prevail. Those political leaders who are currently clamoring to form the next coalition government seem to be pathetically ignorant of the fact that Israel’s ultimate national security depends on the health and the cohesiveness of its society.

Today’s Israeli population is neither socially healthy nor cohesive; it is politically polarized and lacks a unity of purpose, as demonstrated by the repeated failure of its political leaders to form a government after having four elections in two years. Not a single political party has advanced a rescue plan to address this shameful state of affairs where Israel’s social wellbeing and national security are intertwined. Any new Israeli government that does not immediately begin to tackle this rampant poverty will forfeit its right to govern.

Sadly, I do not have faith in any of the current political leaders to rise and tackle the desperate need of the hour. It is time for the Israeli public to shed its complacency and wake up to the insidious danger from within, pour into the streets, and engage in civil disobedience. They must never stop unless their demands from the government are met.

The government must create a comprehensive program that shows how it is planning to deal with poverty and be held accountable. This includes the appropriation of necessary funding for the rehabilitation of long-depressed towns and villages, improving educational access for the poor, from kindergarten to university, and providing well-paying job opportunities. Altogether, such a program will alleviate the plight of the poor and gradually bring about the eradication of poverty.

Only then will Israel remove the stigma of poverty that has dishonored the country for more than seven decades, and live up to its founders’ noble vision.