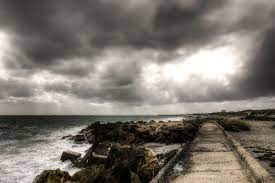 US State Department has issued its report on human rights condition in different countries across the world. The report has also discussed Pakistan, in terms of different issues including human rights violation, freedom of expression, plight of minorities, militancy and other issues. In the chapter on Pakistan, the report mentioned “threats of violence, or unjustified arrests or prosecutions against journalists, use of criminal libel laws to prosecute social media speech and censorship, and site blocking.”

A prominent feature of the rights report is the plight of women in Pakistan. The US State Department underlines a wide array of reasons for the plummeting women’s rights in Pakistan and the increase in female marginalization in the country. The report says the reasons include bureaucratic corruption, a dearth of accountability and investigation, especially when it comes to violence against women.

Shedding the light on the region as a whole, the report also cites human trafficking as a crime that directly impacts women in the country. This is also a major contributor to the marginalization of racial and ethnic minorities. Furthermore, violence and threats of violence, in addition to women, also impact other gender and sexual minorities including LGBTQ.

Talking about the rights of minorities, the report mentioned that there are repeated incidents on attack on them in different parts of Pakistan. “There were occasionally reports of mob violence against religious minorities, including Christians, Ahmadi Muslims, and Hindus. Shia Muslim activists reported continuing instances of targeted killings and enforced disappearances in limited parts of the country,” the report mentioned. Linked to this, the report also talked about the state misbehavior with different ethnic leaders and activities. As per the report, “human rights organizations reported some authorities disappeared or arrested Pashtun, Sindhi, and Baloch human rights activists, as well as Sindhi and Baloch nationalists without cause or warrant.”

Meanwhile, the situation at the Freedom of expression, attitude with journalists and media is not so encouraging, according to the report. As per US State Department, unknown actors abducted journalists including likes of Matiullah Jan, Bilal Farooq and Ali Imran. Furthermore, the department mentioned about attack on journalists by militants. “In addition, threats, harassment, abductions, violence, and killings led journalists and editors to practice self-censorship. Government failure to investigate and prosecute attacks on human rights defenders and peaceful protesters led to de facto restrictions on freedom of assembly and association,” the report stated.

A prominent feature of the rights report is the plight of women in Pakistan. The US State Department underlines a wide array of reasons for the plummeting women’s rights in Pakistan and the increase in female marginalization in the country. The report says the reasons include bureaucratic corruption, a dearth of accountability and investigation, especially when it comes to violence against women.

In short, the report has pointed out quite a bleak outlook of Pakistan in almost every social aspect. As per the department: “investigations and prosecutions of individual cases took place, but lax enforcement, a shortage of trained police officers, and an overburdened and under-resourced court system contributed to a low number of convictions.”

The major concern in this context is especially with freedom of expression and plight of ethnicities and minorities (read missing persons). Quoting Balochistan National Party-Mengal (BNP-M), the report said: “Only 450 of 5,128 missing persons had been found since 2018, and a further 1,800 disappeared during this period.” The issue of missing persons is present in Pakistan for last two decades, as relatives of these people have been demanding justice from government to Supreme Court, but the issue has remained unresolved.

If we talk about the issue of freedom of expression, it is true that the censorship on media has increased in last few years. The latest bill about “intentional disrespect of Pakistan Army” is a fresh example. Under this new bill, “anyone who shall be guilty of said offence could face up to two years imprisonment or fine that may extend to Rs500,000, or both.” There are multiple incidents of strict media codes, which have surely limited the freedom of expression in Pakistan. Although, no former ruler, be it democratic or military, has tolerated criticism and has taken steps to limit the voices against him; however, in last few years the atmosphere has become sterner. In last couple of years, it seems that there is a constant sense of fear and threat in Pakistan, be it media, social media activist or rights activist, the free voice doesn’t seem so free in the country, and this is the biggest concern.

However, Pakistan Foreign Office has strongly reacted to the report. While talking to media, Foreign Office Spokesperson Zahid Hafeez said: “Pakistan remains fully committed to the promotion and protection of human rights, in line with our national legal framework and international obligations.” The spokesperson further said: “We believe that the global human rights agenda is better served through constructive engagement and by following the principles of objectivity and non-politicization.”

It is pertinent to mention that this is not the first time; the US Department has reported such issues in Pakistan. But the situation has not changed much over the years, rather gotten worse.