The link between power and technology 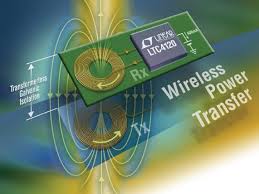 As my expertise is in Transfer of Technology ( TOT ), I knew very little about Transfer of Power ( TOP ) before my recent innings in the land of the pure. In the year 1992, the very first project that I started to work on involved TOT. The Saindak Copper-Gold Project had been started as a turnkey project with the Metallurgical Corporation of China ( MCC ). Being built at a cost of Rs 16 billion, it was the largest project of that time with a foreign exchange investment of $80 Million by the Chinese Contractor. The plan was to complete the plant by August 1995 followed by a joint run by the Chinese and Pakistani personnel for a three months overlap after which the plant was to be run by the local management. During the regime of Zulfiqar Ali Bhutto ( ZAB ) an organization by the name of Resource Development Corporation ( RDC ) was created to exploit the much needed mineral potential of the country. RDC identified this project in the 1970s. The bench studies of the Ore Deposit were carried out at Mountain States Mineral Enterprise, an Arizona-based engineering outfit, where I happened to work at that time. Dr Sabihuddin Bilgrami was Director Technical of RDC and later its Chief Executive Officer ( CEO ), I remained in touch with him. As there were very few experts in this field, he always encouraged me to join the project when formally launched.

When I arrived at the site after a backbreaking road journey of about 8 hours from Quetta, the very first question I asked was, “ Where is the Transfer of Technology Package?” No one knew about it. All they could tell me was that it was a turnkey project, it would be jointly run by both organizations for three months before final handing over. Saindak Metals Limited (SML), was created by RDC for this project. Mr Yakub Bizenjo  headed SML. He had no mining or technical management background. Upon the insistence of the then Governor Nawab Akbar Bugti, the head office of SML was shifted to Quetta  and later on RDC was also merged with this outfit. Dr Bilgrami, the world renowned Geologist retired and stayed behind in Karachi. Despite obstacles, I kept my course to keep the project alive and on track.

After Saindak, came Reko Diq. Again I tried my best to reach a negotiated settlement which is always the best approach in business. The disaster of Reko Diq was also because of a lack of understanding of large scale commercial mining and the TOT protocol involved. As Chairman Pakistan Science Foundation ( 2002 to 2005 ), I launched several mining projects with Thar Coal being the most important one.

Real attempts at TOP have been very brief (1947 to 1951 and 1971 to 1977). When Ghulam Muhammad managed to become the third Governor General the process of transfer was stalled. Then again when Zia-ul-Haq took power in July 1977, both TOP and TOT came to a grinding halt. The struggle continues but with tainted players who have robbed the nation for vested self interests. There is no unified plan to move forward. Now that the party in power has control of the Senate, it is expected that both TOP and TOT will be back on the agenda. Pakistan needs its own indigenous technology to grow and prosper.

Putting the pieces together for development of Thar was a herculean task as the world was moving away from it. Mining was the major challenge followed by application of 21st century environment-friendly technologies. Again there was a lack of understanding of TOT practices. I kept going with several papers in international fora on the potential of this 175-billion-ton coal deposit which is the energy future of Pakistan. CPEC came to the rescue. SECMC ( Sindh Engro Coal Mining Company ) started mining the coal in August 2018. Two power plants ( 330 + 330 MW ) are already on line while I continue to push for Gasification of Coal for production of Urea and SNG (Substitute Natural Gas) to replace imported LNG. I was invited by SECMC to see my dream come true, I thanked the Almighty when I touched the Black Gold seam at the bottom of the pit at Block II of Thar.

Technology  is the application of science used for solving problems of mankind. After facing so many obstacles in all the technology-driven projects, I decided to look at the larger picture in the Islamic Republic of Pakistan which achieved the status of a constitutional democracy on 14 August 1973. Almost no one in the corridors of power seems interested in nation building. In the words of Lee Kuan Yew, the founder and builder of modern Singapore; ” Everyone seems be on a suicidal mission in Pakistan”. There has been no real transfer of power in the land of the pure.

The system of governance continues to be exploitative and barbaric in nature with almost no accountability of the rulers. I now firmly believe that without TOP there can be no meaningful TOT. The focus of the nation will  shift to solving the problems faced by the masses only when they will have the power to take decisions and hold those to account who do not. That reminds me of another important interaction with the past rulers.

President Sardar Farooq Ahmed Khan Leghari was a very well-read individual who took keen interest in the development of technology. He formed a committee under his leadership of established technologists in various fields. In one of the meetings it was suggested to deregulate the emerging Telecom Sector together with the introduction of Mobile Technology. Two federal Secretaries (Defense, Science and Technnology) opposed it. According to them it would create a security hazard as the Defense Communication may be compromised. As I had some exposure to defined in-use frequencies all over the world, I was able to convince the President that the private operators should be allowed to operate outside the secured bands. Today Pakistan has the fastest growing Telecom sector in the world. Thid happened despite the hurdles created by the royal, colonial bureaucracy of Pakistan. I was then able to convince Leghari Sahib that all procurement above Rs 10 Million should come with TOT starting with consumables, then replaceable parts and finally local design and manufacture. India follows a similar policy of indigenization. Procurement without TOT robs the nation of its resources. A P/I ratio ( Procurement vs Indigenization Ratio ) was also proposed to monitor the system.

There were several written exchanges between me and the Secretary Defense  to initiate this Ratio but no one could break the non-performing viscous cordon of the bureaucracy of the land. Telecom sector grew as their negativity was contained by the President of Pakistan and they had no role in its implementation and growth.

On a lighter note, once I had the opportunity to sit next to the legendary Late Air Marshal Asghar Khan in a seminar on Self Reliance held in Lahore. After his talk I asked him if TOP had ever taken place in Pakistan. His answer was a spontaneous ‘Yes’, when he saw a blank look on my face he ventured to explain that both Benazir and Nawaz had been in power. I felt sorry for his understanding of ground realities but kept quite to avoid embarrassment after all he was our hero and  father of the Air Force.

Real attempts at TOP have been very brief ( 1947 to 1951 and 1971 to 1977 ). When Ghulam Muhammad managed to become the third Governor General the process of transfer was stalled. Then again when Zia-ul-Haq took power in July 1977, both TOP and TOT came to a grinding halt. The struggle continues but with tainted players who have robbed the nation for vested self interests. There is no unified plan to move forward. Now that the party in power has control of the Senate, it is expected that both TOP and TOT will be back on the agenda. Pakistan needs its own indigenous technology to grow and prosper.