Drone Technology and the future of Pakistan’s Agriculture

Pakistan needs to work hard to keep its talent at home 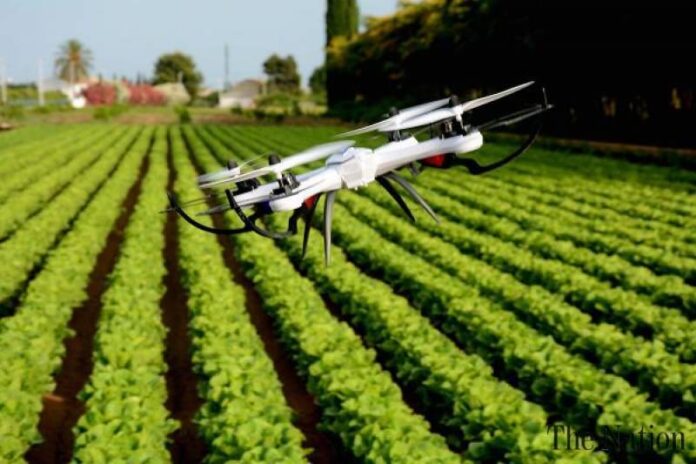 The prominent  role of drones in the Armenia-Azerbaijan conflict has manifested that the future belongs to drones, be it a battlefield or any other sector of life. The superiority of Azerbaijan in drone’s technology (though not homemade) helped it defeat the enemy and recapture its illegally occupied land. This unmanned and tiny aeroplane has also helped transform dimensions of agriculture as well. Seeding, monitoring and spraying can be done with the help of drones, saving time as well as labor costs. Many countrird, including developed as well as developing, have started to reap the benefits of drones.

The use of drone in Pakistan is in its initial phase owing to not having concrete policies over drone technology as it is a sensitive issue with regard to security matters. But as now Prime Minister has ratified the establishment of Civil Drone Authority, a hike in the production of drones will be seen within a few months. Considerably, a handsome initiative it is.

As currently the Pakistan government and higher education commission are focusing on the exchange of agricultural development and particularly the transfer of technology from China in the contest of CPEC, it is the high time to demand such technology like drones, remote sensing, modern and efficient harvesting technology and post-harvest technology in all branches of agriculture including crops, fruits, vegetables, poultry, dairy and agricultural machinery.

Revolution in agriculture is indispensable to meet the challenges of overpopulation. Now with the help of a drone one can spray up to ten acres in just an hour. Manually it would take an hour per acre with less accuracy as well as less efficiency. The Science and Technology Minister announced on social media that Pakistan has prepared drones for the agriculture sector, furthermore he quoted that drones have the capacity to spray 16 litres of pesticide in just 18 minutes and have the ability to mark the affected area as drones are well equipped with sensor technology too.

The curriculum is unable to meet the requirements of contemporary challenges of the digital world. Almost three decades have passed but the same obsolete technology techniques and gadgets are taught despite knowing the fact that efforts are being made to land on Mars.

There is no dearth of talent in Pakistan. But there is a deficiency of supportive role by the government, the masses and the media. Media and masses are interested in characters like the singers who became famous by clips peechay to dekho and pawri ho rhi hai to bring them to limelight rather than Syed Nabeel Haider, who introduced instant messaging app and a student belonging to Karachi who invented the speaking glove.

Another dilemma is those Pakistanis who learnt about modern technology after getting the degrees when they return back to Pakistan with the intention to serve the country with zest and zeal, they cannot find any opportunities as we are far behind in technology, we have a very few research institutes so they don’t have any option left except leaving Pakistan and going somewhere else where they have the opportunities and are in demand. As a result Pakistan is turning out to be a barren land.

As currently the Pakistan government and higher education commission are focusing on the exchange of agricultural development and particularly the transfer of technology from China in the contest of CPEC, it is the high time to demand such technology like drones, remote sensing, modern and efficient harvesting technology and post-harvest technology in all branches of agriculture including crops, fruits, vegetables, poultry, dairy and agricultural machinery as China has announced they have reached the target of feeding the 1.4 billion population with the local food production.

Engr. Rehan Saeed
The writer is a postgraduate researcher at the College of Agricultural Engineering, China Agricultural University, Beijing, China

With the removal of the elected government of Imran Khan on April 9, Pakistan is at the crossroads again. On 5 July 1977 General...
Read more
Comment

The protest against the Indian government’s agnipath (in the line of fire) scheme to train agniveers (fire sons) continues unabated. Even the farmers’ unions...
Read more
Comment

Rohingyas have rallied in their refugee camp to return to Myanmar. Demonstration processions and rallies were held under the banner of the Rohingya community...
Read more
Editorials

On Tuesday tens of thousands of people came out into the streets in Karachi on a second consecutive day to protest against power shortages...
Read more
Editorials

The Federal Board of Revenue has finished the fiscal year, 2021-2022 with a flourish, and has achieved a revenue collection of Rs 6000 billion,...
Read more
Letters

Recently, I received a direct message from a cousin via the messenger app of a social media website. The message stated that he had...
Read more