India went nuclear because of both global and regional factors 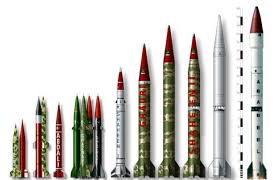 The regional and  global  environment prevailing in the 1960s compelled India to be ready for nuclearisation. In addition, China’s first atomic test had indeed unleashed a national uproar which was  to kick-start India’s first serious debate in favour of building nuclear  weapons. The  69th annual session of the Indian National Congress which  followed the Chinese test in January 1965,  witnessed a heated debate on the  issue.  Again, during September 1965, over 100 Members of Parliament from various political parties submitted to the government a joint memorandum demanding a prompt and immediate decision to develop nuclear weapons.

The annual session of the  Indian Science Congress in 1966  passed a resolution making the same demand.  At last Homi Bhabha, the founder architect of India’s nuclear establishment, had  to reassure the nation, that, given the political green signal, India’s scientific community could explode a nuclear bomb  in 18 months. And  it is in this context that the then Prime Minister Lal Bahadur Shastri was to sanction the proposal put forward by Bhabha on investigating a Subterranean Nuclear Explosion Project. This can be seen as the earliest signal of a pro-bomb tilt in India’s nuclear policy. By the end  of 1966, there was unanimous support for a nuclear weapons programme. Further developments were  the discriminatory aspects of  the Non- Proliferation Treaty of 1968  which India rejected, New Delhi had   decided to sustain its independence on  international security by allowing her development of the peaceful nuclear explosion technology.

The minor shift in policy and  emphasis that we see in India’s nuclear policy is mostly due  to change in regional and global perspectives. The new regional atmosphere on the subject was indicated when India’s Ambassador to the UNO said on 14 May 1968, ‘‘It is a matter of concern to India that across its borders a major power, the People’s Republic of China, continues to conduct nuclear weapon tests in the atmosphere in flagrant violation of the will of the quite the international community and  in total disregard of the grave dangers posed  by such  testings.” At the same time it was  also considered in some  quarters that it was in India’s interest to balance Chinese nuclear capabilities by developing an  ‘Asian Balance of Power’ and by acquiring similar nuclear capabilities.

On the other hand, at the close  of the 1960s the international milieu on the nuclear issue was also deteriorating and  discriminatory treaties were  signed one after another. In 1967, in a strategic move, the USA and USSR presented to the  Eighteen Nations Committee on Disarmament at Geneva on 20th August 1967, two separate but identical drafts of a  treaty banning the  spread of nuclear weapons. These were subsequently revised in January 1968  and in March 1968, making some amendments. Later, the UN  General Assembly adopted and  commended the  treaty, but in India, Mrs. Indira Gandhi, the Prime Minister of the country, criticised several articles of the treaty under which  it was improper that each nuclear weapon state party to the treaty undertook not to transfer to any recipient whatsoever nuclear weapons or other nuclear  explosive devices or control  over such weapons or explosive device  directly or indirectly, and  not in any way to assist, encourage or induce any non-nuclear weapon state to manufacture or otherwise acquire nuclear weapons or nuclear explosive devices, or control over such  weapons of explosive devices. India refused to sign  it on these very grounds, though it reiterated its  pledge not  to produce nuclear weapons.

It happened for the first time in the history of international relations that the very  existence of a weapons system devised to enhance the security of great powers had become sufficiently threatening to those powers to provide them with a persistent and strong incentive to settle their differences, rather than to risk getting into  situations where they  might be forced to use the means of warfare they themselves had devised. This was, then, a new  kind of international order, imposed not by design or by principle, but  by fear.

India since  independence had  entirely contributed to the Disarmament  Conference aimed to make the world nuclear-weapon free, but on the other continued to review the emphasis on self-reliance. Earlier the research and  development work which  the Atomic Energy Commission was carrying on, had been in pursuance of the national objective of harnessing atomic energy for peaceful purposes only.

To the contrary, the prevailing situation necessitated the development of Indian nuclear devices and the progress made so far had been  informed to the Lok Sabha by  Mrs Indira Gandhi on  15h November 1972. “The Atomic Energy Commission is studying conditions under which peaceful nuclear explosions carried out underground could  be of economic  benefit to India without environmental hazards.’’ Exactly after one  year, on 15 November 1973,  she informed the members of the  Rajya Sabha of the  continuing interest of the Atomic  Energy Commission in this field and also stated that after satisfactory answers to the problems of the possible effects on environmental and  ecological  conditions became available, the question of actual underground test for peaceful purposes could  be considered.

On 18 May 1974, at 8.05 am, India had detonated its first atomic device  at Pokhran  in Rajasthan.The Nehru- Bhabha combination provided India’s nuclear programme a chain of nuclear research and development facilities, some of them matching the most advanced in the West. Now India had acquired capability in the nuclear sphere which also meant scientific, technological and industrial acquisitions right from the stage of uranium mining to developing fuels for various reactor types-designing, building and operating reactors, and atomic power  stations. The nuclear device tested at Pokhran was the cheapest nuclear device built and tested by any  nation in the world.
Taking into account its nuclear capability, India’s standing was distinct in two respects. First, the  country ranked among top five  nations in technology attainments along the entire nuclear fuel cycle – ahead of China except in the  limited domain of weaponising – India had been  pushed into the wilderness of nuclear have-nots. Secondly, barring the  leading industrial nations, no  country has assimilated and developed plutonium-based technology, both for India’s second  generation atomic  power programme and  weapon- grade plutonium capability, as India had done. However, the whole issue of explosion was clarified by Prime Minister Indira Gandhi. She said that India did not intend to make nuclear weapons of destruction. But nuclear technology and  nuclear explosions, whether for peaceful or destructive purposes, cost the same.The main threat comes  from China which has not been a friendly neighbour and has opted for development of nuclear weapons of destruction.The problem of nuclear deterrence by  India is mainly a problem of developing a weapon system which will be adequate to deter the Chinese weapons system. In this situation India should not close her option of making nuclear weapons for defensive purposes.

‘Nuclear deterrence’ as a theory means the threatened use of nuclear weapons, to keep someone else from actually doing what they may  be contemplating doing. The possibility of an adversary possessing such weapons influences the perception of a nuclear weapon threat by a country. The  estimation of the probability of war with the country concerned and of the probability of that country using or threatening to use  nuclear weapons in such  a war, play important roles in the development of threat perception.

It happened for the first time in the history of international relations that the very existence of a weapons system devised to enhance the security of great powers had become sufficiently threatening to those powers to provide them with a persistent and strong incentive to settle their differences, rather than to risk getting into  situations where they  might be forced to use the means of warfare they themselves had devised. This  was,  then, a new  kind of international order, imposed not by design or by principle, but  by fear.