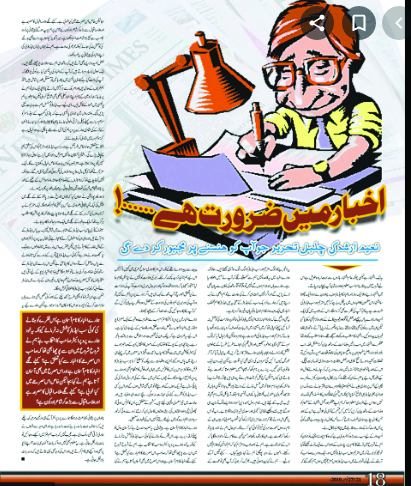 Urdu provides a distinct identity to Muslims. It is termed, taught and learnt as the national language from schools to scholarly work across Pakistan. Alongside with it being a national language, many deem it a heritage; Pakistani diasporas around the world speak it and are transferring it to their next generation. Often, when first-generation Pakistanis know both their regional language and Urdu, they are satisfied if the next generation, the one born in the new country, learns Urdu.

Besides a prerequisite to preserve our national language in today’s changing world, it is indispensable to know its socio-political history to differentiate it from all other languages.

This article attempts to briefly re(structure) established theories/narratives/notions regarding Urdu language roots with the help of From Hindi to Urdu: A Social and Political History authored by Tariq Rahman.

A notion that Urdu’s creation took place in military camps is indubitable— at least for many. We have been taught, and have heard this from our parents and grandparents on numerous occasions. I argue it’s a myth (forthcoming argument will prove it so).

Author in a chapter titled Names questions the prevailing theory in South Asia about Urdu’s birth in military camps and highlights how Urdu had been known with different names in history. It has been mentioned that if Urdu was created in camps, it would have been called a Pidgin and a Creole. He terms the aforementioned myth a partial truth as Urdu’s ancestors can be found in India before Muslims arrival in India.

Shamsur Rehman’s work has been quoted which mentions there is no recorded use of Urdu to denote army in the Urdu-Hindi-Rekhta-Gujri-Dakhni language. Additionally, he duly points towards infusion of Perso-Arabic language and hybrid words in Urdu.

The author in his conclusion mentions a Persianized Idiom, a sociolect, from the last two decades of the 18th century, Zuban-e-Urdu-e-Mualla, used by elites of imperial cities of Delhi and Agra, which implies that the language was in use at least five centuries before it was given the name Urdu. Therefore, the discussion leads us to the narratives of ownership of Urdu.

There are two prevailing narratives of ownership of Urdu; it is a common language of Hindud and Muslims of North India, or it is a Muslim language. Both notions have their political implications.

In a chapter titled Age, Dr Rehman sheds light on the Urdu words present in Indian literature which predates the Muslims’ arrival in India. He concludes that if the roots of the language are traced back to pre-Muslim India, notion of its being a Muslim language; thst of the Muslims of pre-partition India and of today’s Pakistan, would be only partly true. He further states that it is an Indic language irrespective of addition of other languages, just like English is a Germanic Language despite the mixing of Latin and Greek. Owing to the theory of Urdu being a camp language, the author presents a detailed historiography of Urdu in next Chapter.

Mr. Rahman tries to trace the language’s geographical and genealogical roots in a chapter titled Origin and Historiography. He mentions Jamil Jalebi and Hafiz Muhammad Shirani’s work as a reference to Urdu’s Muslim character. Furthermore, he proceeds with highlighting two major studies which claims Urdu’s Pakistani Origin. The book Punjab Me Urdu (1928) authored by Hafiz Muhammad Sheikh, the pioneer of Pakistani theories, and Syed Suleiman Nadvi’s book, have been mentioned. Shirani’s theory states that Urdu was created in Punjab and was spread eastwards to Delhi with Muslims. Nadvi attributes Urdu’s birth to the Muslims’ arrival in Sindh, which makes Sindhi the ancestor. He finds support in Rashid Ahtar Nadvi’s book entitled Pakistan Ka Qadim Rasmul Khat aor Zaban (Pakistan’s Ancient Script and Language) (1995). The counterarguments by the author rendered both theories dubious as they overlooked major areas whilst restricting the roots of the language to certain areas. The former theory did not bother to highlight difference between Dakhni and Punjabi, and look at ancestors of Urdu in the apabhramshas; previous forms of languages of the Indo-Aryan period, of the Delhi and Meerut Doab region. The latter theory did not state reasons of dissimilitude between Urdu and Sindhi.

Two more studies have been mentioned which disconnects Urdu’s genealogy from Indic roots. Ain Ul Haq Fraidkoti (1972) traces its roots back to the languages, Munda and Dravadian, spoken in the sub-continent before the Aryans. He has associated this language with areas now called Pakistan. Abdul Jamal Khan’s Politcs of Language Urdu/Hindi: An Artificial Divide (2006) ascribes the foundation of Urdu to Munda and Dravadian languages but he doesn’t reserve it for Pakistan. He focused upon the similarity of Hindi and Urdu. But according to Dr Rahman, narratives of ownership have been constrained and influenced by political ideology.

In conclusion, Dr Rahman argues that the word ‘Urdu’ word does mean camp in Turkish, but associating it with Muslim armies would be a disservice to the language. Furthermore, he states that the language had been an outcome of Hindu-Muslim cultural fusion from the 13th till the 18th centuries. It had not been seen as a Muslim preserve in these five centuries. When it was used by Muslims, many words from their religious and cultural practices were added to the language, which created the impression that it was a Muslim language.

Due to word limitation, I can conclude that the correction of this notion is a need of the hour. Urdu is an important component of our identity but calling it a Muslim language would downplay its centuries-old history.

Nisa Habib
The writer can be reached at [email protected]