Pakistan takes a leap into the future

Building a sustainable paradigm for peace in the region 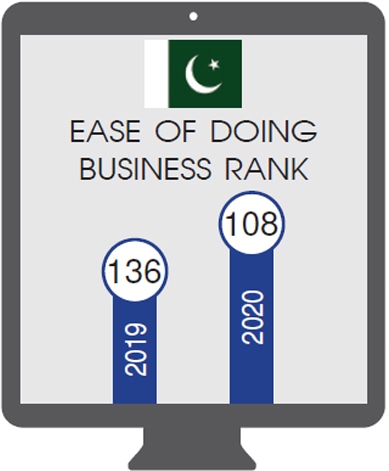 “The deepest secret is that life is not a process of discovery, but a process of creation. You are not discovering yourself, but creating yourself anew. Seek, therefore, not to find who you are, but seek to determine who you want to be.” –Neale Donald Walsch

The talk of peace has sweet overtones. But when it comes in the context of Pakistan-India relations, the sounds are even sweeter.

I was fortunate to be present at the Islamabad Security Dialogue over two days of interactions. From the inaugural address by Prime Minister Imran Khan calling for resolving the outstanding disputes through dialogue to COAS Gen Qamar Javed Bajwa’s peace overtures on day 2, the event reflected a quantum movement for Pakistan and India to “bury the past and move forward”. Speaking at another session of the Dialogue, Foreign Minister Shah Mahmood Qureshi reiterated the need for shedding zero-sum perspectives and preferring cooperation over confrontation.

It has taken a long time in coming, but fortunate are the ones who bear witness to this eventful day when peace is being talked about for the world to take note of. Ever since the day of their birth, the two neighbours have been embroiled in disputes leading to at least three wars which caused immense pain and damage to both countries. So, when the leaders in Pakistan talk about the need for peace and turning a new leaf in the bilateral relations, it resonates with the sentiments of most of the people in the two countries.

Simultaneously, it signals a shift in thinking in Pakistan which is now assured of its place as a pivot in South-Asia facilitating connectivity among the countries of the region as well as beyond. The driving force behind this is to help Pakistan transit from being perceived as a traditional geo-strategic location to a geo-economic location acting “as a melting pot of positive global economic interests”.

The fundamental pillars for this transition encompass trade and transit interests, China-Pakistan Economic Corridor (CPEC), peace in Afghanistan and East-West connectivity. More importantly, this would be based in the evolving of development partnerships as opposed to military ones, further augmented by using its location to create economic confidence.

For long, Pakistan has been a victim of negative perceptions in the West where it is looked upon as a security-dominated state obsessed with India, a terrorist safe haven, economically weak and socially fragmented which also suffers from a civil-military divide. Consequently, most of the current conversations remain limited to negative security issues, thus presenting Pakistan as a danger to the world. This is, by far, the worst-case scenario which Pakistan has remained afflicted with through decades. In spite of unprecedented sacrifices that Pakistan has made in the past to combat terror and its heinous fallout, this perception refused to wither away.

The dream of economic security can be assured only in a peaceful environment. Pakistan has been making tireless efforts for advancing peace on its Western border and has announced its readiness, yet again, for doing the same on its Eastern border. It is now for India to look inwards and respond to promote the cause of peace to the mutual advantage of the two countries and the region.

It was, therefore, time to break free of the stranglehold of this negative narrative which was holding Pakistan back in its quest for peace and progress. In a brave move, Pakistan has taken the leap to fixing goals for the new narrative rooted in generating positivity. This encompasses projecting Pakistan as a geo-economic hub at peace with itself and the world, broadening existing conversation on national security to include traditional and non-traditional aspects and leveraging a gradually improving image to attract positive policy responses.

There are multiple factors which strengthen this initiative. Pakistan has been engaged tirelessly in an effort to secure peace in Afghanistan that would be Afghan-led and Afghan-owned. It has used its influence to broker agreements between the USA and the Taliban and the initiation of dialogue among feuding stakeholders in Doha. It has exercised strategic restraint on Kashmir where, because of the one-sided steps undertaken by the Indian government, the situation had deteriorated to a point of boiling over. It has also acted as a bridge-builder in the Muslim world, thus averting the prospect of another destructive flare-up.

On the internal front, Pakistan has successfully combated the menace of terrorism. Business activities have been effectively secured. Pakistan has also incorporated far-reaching reform for improvement in the domain of human rights and rights of the vulnerable. It has also unveiled environment-friendly policies which have contributed to the gradual influx of tourists in the country and development of the tourism-related industries. This is bound to have far-reaching impact on the emergence of Pakistan as a preferred tourist destination which is in keeping with the future-oriented policies of the incumbent government.

With the essentials in place, Pakistan has taken a leap into the future. There is going to be no looking back as it takes on the cause of peace in no uncertain terms– and that from a position of internal strength, cohesion and assurance. It is a remarkable policy turnaround which, no matter how one looks at, is going to help Pakistan establish its rightful identity. In the past, this had been sacrificed at the altar of a negative perception woven by the West which was mostly rooted in advancing their perceived interests.

Strategic communication is an important component of statecraft. This cannot exist in a vacuum. It must stand on sustainable pillars encompassing a comprehensive policy paradigm, projecting a country’s inherent strengths and positives. Over time, this can attract policy responses from other countries in the shape of political support, investment and enhanced interaction in multiple fields. Traditionally, strategic communication has not been Pakistan’s forte. It is now that this aspect is being perceived from a different angle and an earnest effort made to use Pakistan’s strengths to its advantage to carve out a favourable place in the international annals.

Ever since the advent in power of the incumbent government, Prime Minister Khan has always stressed on the need for peace as an essential ingredient for progress. As a matter of fact, after getting elected to the office, he had said that peace with India would be a priority for him. But, because of an excessively belligerent approach adopted by the Indian government and its unilateral actions in IIOJK turning the valley into a human cage, the same could not be realised.

The dream of economic security can be assured only in a peaceful environment. Pakistan has been making tireless efforts for advancing peace on its Western border and has announced its readiness, yet again, for doing the same on its Eastern border. It is now for India to look inwards and respond to promote the cause of peace to the mutual advantage of the two countries and the region.

The need is for turning this leap of faith into a sustainable paradigm for peace.