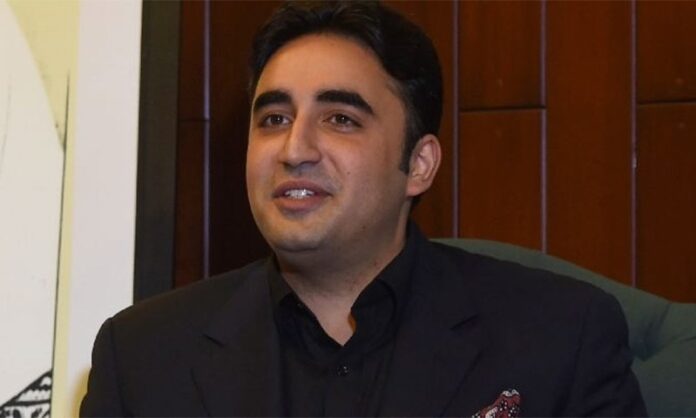 KOHAT: Vowing to give a tough time to Pakistan Tehreek-e-Insaf (PTI) government during the Senate elections, Pakistan Peoples Party (PPP) chairperson Bilawal Bhutto-Zardari on Saturday claimed ruling MPs were in contact with his party.

Addressing a public meeting in Kohat city of Khyber Pakhtunkhwa, Bilawal said it was “too late for the PTI to hold a dialogue with its aides (for the Senate elections) as they are already in contact with PPP (to form an alliance).”

“It is an opportunity for them (coalition parties) to prove if they are with the public or with the puppet government,” he added.

He said the government was upset about the nomination of former prime minister and PPP leader Yousaf Raza Gillani as a joint candidate of PDM parties from Islamabad.

If Minister of Finance Abdul Hafeez Shaikh is elected to Senate, it would increase inflation and further tough measures by the International Monetary Fund (IMF).

“Gillani’s success would add to the prestige of the House,” he said.

Bilawal said the PDM parties will hold a long march to Islamabad following the Senate elections which will end only after the resignation of “puppet” Prime Minister Imran Khan.

“Whether it is politicians, the judiciary, the army or government employees, the only way to eradicate the scourge of corruption is to ensure the implementation of the law, equally on all,” he said.

He claimed the PTI government has been at the forefront of corruption and has broken all previous records.

“Inflation in Pakistan today is higher than in Afghanistan and Bangladesh. The celebrated Eighteenth amendment and the NFC award will be protected from this rigged government and will not be allowed to end,” Bilawal said.

Meanwhile, PPP leaders including, Nasir Hussain Shah, Sharjeel Memon, Murtaza Wahab, and Waqar Mehdi, in a joint press conference on Saturday, announced that the party will withdraw two of its candidates in the upcoming Senate election in favour of MQM-P.

However, they added, MQM-P would also have to provide support in getting Yousuf Raza Gilani elected as the new Senate chairman.

Information Minister Sindh Nasir Hussain Shah revealed that the delegation had met MQM-P on party chairman Bilawal Bhutto-Zardari’s directives. “Muttahida Qaumi Movement has said that they will forward our requests to their Raabta Committee,” Shah said.

In response, MQM-P leader Amir Khan, who was present on the occasion, lauded the PPP for extending an olive branch; however, he stressed the issue of partnership and local bodies is also a problem.

“The interest around Senate elections will wane eventually, but the problems will still need to be resolved,” he conlcuded.