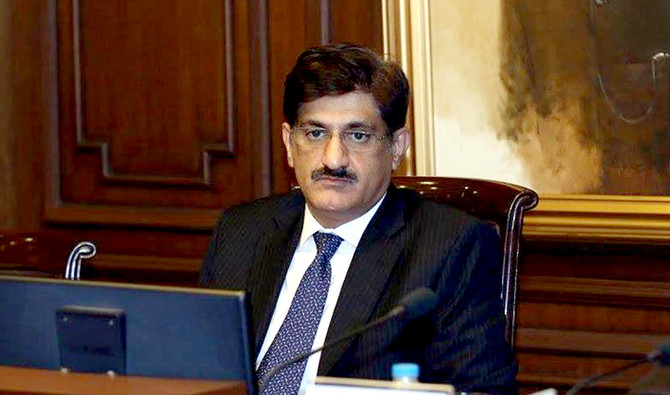 ISLAMABAD: The National Accountability Bureau (NAB) has filed a corruption reference against Sindh Chief Minister Syed Murad Ali Shah over alleged misuse of power in provincial power projects.
The anti-corruption watchdog filed the corruption reference against Sindh CM Murad in an accountability court of Islamabad.
The chief minister is facing charges of misusing the power in the disbursement of funds for energy-related projects in Sindh, according to the reference filed by NAB. It stated that public funds worth billions have been embezzled for Nooriabad Power Company and Sindh Transmission and Dispatch Company. Murad Ali Shah and Abdul Ghani Majeed are among 17 persons who are nominated in the corruption reference by the anti-graft watchdog.
In October last year, it emerged that CM Murad and over 12 provincial cabinet members are on the radar of the National Accountability Bureau (NAB) under corruption charges in separate cases. Some of the cabinet members had been issued call-up notices in embezzlement cases by the bureau besides summoning the record of income and assets of others from concerned institutions and departments.
An inquiry had been launched against CM Murad over embezzlement in Roshan Sindh Programme and benami accounts cases, whereas former Sindh CM Syed Qaim Ali Shah and Nisar Khuhro were also wanted by NAB in cases. Moreover, the bureau had also initiated an investigation against provincial minister Taimur Talpur and Jam Khan Shoro.
Provincial Minister for Transport Syed Awais Shah and Sharjeel Inam Memon are currently on bail in NAB cases. The NAB had also summoned details of funds utilised by the province to deal with coronavirus recently in order to determine the misuse of funds by the concerned authorities. Three major arrests including a secretary of the local government department had also been made over corruption in the department.
The NAB is also probing around 20 matters relating to irregularities in information, commerce, labour and board of revenue departments.