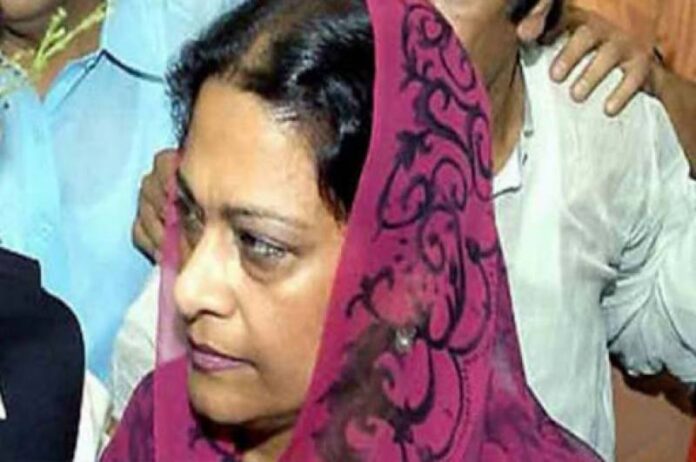 LAHORE: Pakistan Muslim League-Nawaz (PML-N) President Shehbaz Sharif’s wife, Nusrat Shehbaz, has moved the Lahore High Court (LHC) to challenge the issuance of her arrest warrants as well as rejection of her plea for permanent exemption from court appearance in the money laundering case by an accountability court.
Nusrat on Tuesday, challenging the accountability court’s verdict in the Lahore High Court (LHC), stated that the petition was filed to nullify the ruling for rejection of her exemption plea and issuance of arrest warrants.
It may be noted here that the National Accountability Bureau (NAB) had filed a corruption reference against Shehbaz’s family members.
She stated in her petition that NAB court had rejected both of her pleas. Nusrat added that she was residing in a foreign country for medical treatment for a long time prior to the approval of the NAB’s investigation and filing of the reference.
It further stated that the petitioner is suffering from different diseases and is currently receiving medical treatment abroad which stops her to arrive in the country for appearing in the hearings.
Nusrat pleaded the high court to nullify the verdict of the NAB court besides overturning the decision of the issuance of arrest warrants against her.
Earlier on November 2 last year, an accountability court had rejected Nusrat’s plea, seeking permanent exemption from the court appearance in the money laundering case after hearing arguments from both sides.
The court had also directed to initiate the process of declaring Nusrat as a proclaimed offender and the director-general of NAB Rawalpindi chapter was asked to submit asset details of the accused.